Skip to content
You are at:Home»News»New MacBook Air, iPad Pros and Mac Mini Introduced by Apple at its Press Event 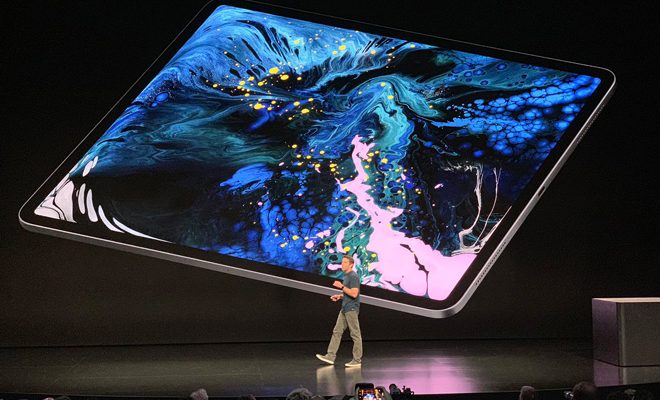 Apple launched a number of new exciting products during its press event, which was held yesterday in Brooklyn, New York. The products comprised a brand new MacBook Air, Mac Mini as well as 2 new iPad Pros (a 12.9-inch model and an 11.9-inch variant), redesigned completely without the Home buttons.

The product launch took place after iPhone XS and iPhone XR were released more than 4 weeks ago. If you were not opportune to watch the live stream, we have summarized the major highlights of the event in this report:

The MacBook Air is the slimmest of laptops. It is also the greenest ever computer, Apple repeatedly says, owing to a new procedure that enables the gadget to be produced, entirely, by using recycled aluminium. It now features reduced bezels on the screen display, giving it a bigger screen.

Also, as part of its broad redesign, the laptop’s internal components were dramatically improved for ensuring it operates faster than its predecessor. The tech giant has axed the USB Type-A ports, MagSafe charging port, and display port, replacing them with 2 Thunderbolt USB Type-C ports.

There also several other improvements that the new MacBook Air offers. Weighing just 1.24kg, the cost of the computer will start at $1,199 and can be ordered now in advance, before its November 7 release date.

The Mac Mini Makes a Comeback with Upgraded Features

This device — first introduced as far back as January 22, 2007 — was upgraded to its latest model on October 16, 2014. However, since then nothing was heard of the laptop until yesterday during the event when Apple announced the 4th generation of Mac Minis. This device featured desktop-grade components, along with an 8th Generation Intel Core CPU in either 4- or 6-core configuration. Apple Mac Mini also came with an upgrade of as much as 64GB of high-speed RAM. Its price starts at $800.

Behold the Stunning New Look of the Latest iPad Pros

The company has radically designed the new iPad Pros, which now have an elegant, exquisite look. There is a significant reduction in the top and bottom bezels; this meant that Apple has replaced the Touch ID with Face ID as a technique for unlocking the tablet. This represents the first time ever the company is using such technology in a tablet.

The device also offers a higher version of the A12 Bionic processor, which was introduced in iPhones XR, XS, and XS Max. Apart from this, the Smart Keyboard, which will be sold with the iPad Pro, also wears a new look. The latest smartphone will be made available as an 11-inch model and a bigger 12.9-inch option.

While the former will start at $769, the latter will go for $969. The 2 of them can be ordered now before they will be released on November 7.

Yesterday, when Apple announced it will be ditching the Lighting Port in the new iPad Pros in favour of a USB Type-C port, a large part of the audience seemed shocked. The company gave no justification for making the move. With this update, you can now connect the phone to an external monitor by making use of the USB Type-C port without any adapter.

The Apple Pencil Has Been Upgraded

Also, the manufacturer introduced a new version of the Apple Pencil, released for the first time with the first iPad Pro. The tool has a very odd and peculiar way of charging as this is done by clicking onto the top of the smartphone. The Apple Pencil has a button on the side, which when pressed, brings extra controls.

These are some of the key points in the press event of the company which took place in the US yesterday. The newly launched products keep generating a lot of interest from Apple users all around the world as they are enthused about the release of these devices in the coming days.