Skip to content
You are at:Home»Mobile»Meet the iPhone Xs Max: The Biggest iPhone ever 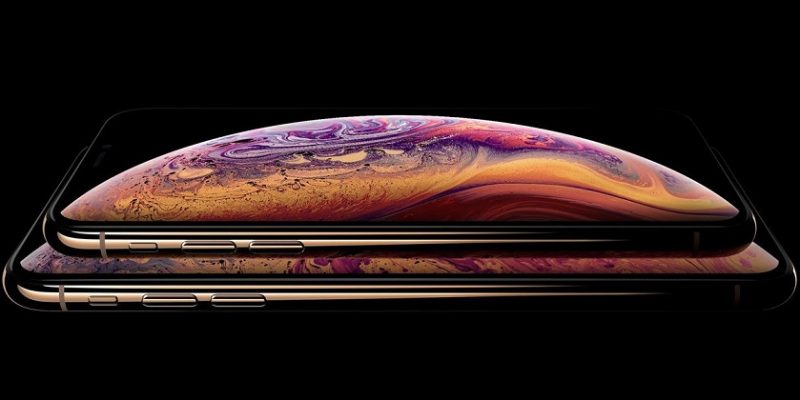 The new iPhone XS Max is very much similar to the iPhone XS, with the only striking differences being the sizes and screen display of both phones. The iPhone XS Max was launched on Wednesday, September 12, alongside two other iPhones; iPhone XS and iPhone XR. We take you through the review of the specifications and features of the newly launched iPhone XS Max.

The newly launched iPhone XS Max is the largest of the iPhone flagships to be released so far. It features a 6.5-inch Super Retina OLED HDR touchscreen display, with a resolution of 2688 x 1242 pixels (19.5:9).

Just like iPhone XS, the XS Max features the latest in IP rating, with a rating of IP68 (an upgrade to the previous IP rating: IP67). With the new IP68, the iPhone XS Max can be immersed in water (in the case of an accident), up to 3m depth of water, without causing damage to the device.

The XS Max’s camera is very much the same as that of the iPhone XS model. The iPhone XS Max features a dual 12+12MP rear shooters, with the primary shooter featuring a Quad-LED True Tone Flash and f/1.8 aperture.

The selfie camera, on the other hand, features a relatively lower quality compared to the rear ‘dual’ shooters, with 7MP. The front camera, however, has no flash. With the “true depth’ selfie camera, you can take a portrait mode of yourself.

The 4G LTE support of the XS Max, as well as the other newly launched iPhones, provides faster network support with improved cell reception.

The XS Max, just like its XS counterpart, features the latest Bluetooth version: 5.0, and also supports Wi-Fi and Wi-Fi hotspot, and USB Type-C.

The iPhone XS Max comes in three storage variants: 64GB/256GB/512GB, with a uniform RAM of 4GB.  This is just like what is obtainable in the iPhone XS model. The new Apple A12 Bionic chipset, which is an upgrade to the A11, is hosted on the iPhone XS Max, and it runs on Hexa-Core 2.5GHz. The 7nm A12 chipset is the largest in the market right now, prior to the arrival of the Huawei’s Kirin 980.

The battery capacity of the XS Max is the highest of the newly launched phones. The Li-on non-removable battery has a capacity of 3400mAh, which can last more than 2.5 days (in standby mode).

We’ve all heard of the upcoming IOS 12 software update from Apple. Well, the XS Max, alongside other newly released iPhones will come in the latest OS update.

iPhone Xs Max Price in US and Nigeria

You can get the XS Max at Apple retail stores worldwide as from Friday, September 21, 2018.

Below is a summary of the full specs and features of the new iPhone XS Max:

The only notable differences between the iPhone XS Max and iPhone XS are basically the body size and screen display (size and resolution), and of course, the prices.

Both XS Max and XS have been described as the ‘future of smartphones’ by Apple CEO, Tim Cook. We will be able to get a first-hand feel of the iPhones in about a week time when they are released to the open market.