Skip to content
You are at:Home»Tips & Bits»Water and Dust IP Ratings — What IP68 Actually Means 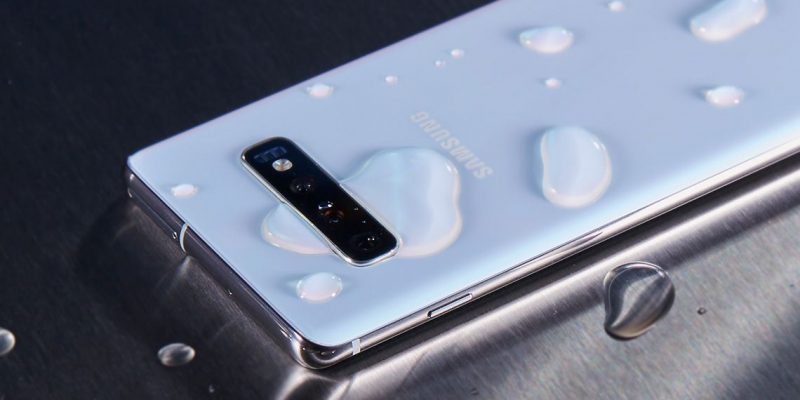 You would have come across terms like “waterproof” and “dust-resistant”, used by phone manufacturers in describing how rugged a smartphone or tab is. Used to measure the level of resistance of a smartphone to water, dust, and similar particles, IP ratings typically offered among the specs of phones tell us how “rugged” a mobile phone is.

If you’ve a new phone, action camera, or smart sports watch, you would want to know if it can survive the rain or the beach.  Today, with an ever-increasing number of various codes, stamps, and names for dust and water resistant qualities as well as certifications, you might find it confusing to determine how your device can hold up against these unwanted — but unavoidable — elements. Explained in this article is everything you should know as regards IP ratings.

What Do the Letters and Numbers Represent in IP Ratings?

IP ratings typically comprise 4 characters. There may be 5 characters in some very rare cases. However, it is not likely that you’ll ever come across those on a mobile phone unless Apple or Samsung manufactures a smartphone, which is impervious to high-pressure jets of hot steam.

I and P, the first 2 characters, represent Ingress Protection. This indicates how good it’s at preventing stuff from getting inside it. The next digit shows how good it’s at safeguarding against tiny solids, such as dust, sand, and the likes, with the highest rating being 6. With this range, there is no protection at all, through a little dust, all dust or a small screw.

The last digit, having a maximum rating of 8, indicates the water or liquid resistance rating. Thus, if you see IP68 on a particular device, you should know that it provides the maximum IP rating for both water and dust resistance.

What Is the Meaning of IP67?

Owing to the tons of combinations of IP ratings, it can get confusing making sense of them. For example, IP67 mobile phones, such as Apple iPhone XR, offer the same dust resistance as Samsung Galaxy S9 which is IP68-rated; but the former can only survive when it up to 1m deep in water. Any depth that is more than this will result in the water pushing through any protection into the internal components of this smartphone.

As regards solids, mobile devices have gone through testing against dust and are certified to be dust-tight. Anything that has the number 6 as its third character is as impervious to dust as can be tested and certified using this specific scale.

You should note that merely because a device comes with IP67 as its IP rating and can last long underwater don’t imply it has been tested to withstand rain or spray emitted from a jet of a certain type.

The figure 8 at the end indicates that the mobile phone has undergone testing at depths that are over 1 meter, and it came out unharmed. Though the standard testing does not explicitly indicate an exact depth, you will notice that phone makers list them. Samsung, for instance, states its Galaxy S10 and S10 Plus IP68-rated, can survive up to a depth of 1.5m for as much as 30 minutes. Also, the Apple iPhone XS is IP68 rated, which implies it’ll be OK with full submersion and the manufacturer says it carried out the testing for this using a full range of liquids, not only water.

Often, you will come across products that have more than one IP rating. This is simply due to the fact that they have been tested for various types of waterproofing. The Sony Xperia Z5, for example, comes with both IP68 and IP65 rating. As already explained, the IP rating of IP68 shows that it can survive being submerged. IP65 indicates it equally handles spray well.

Technically speaking, it is tested with water projected by a nozzle of 6.3 millimeters wide. When used in the real world, it simply means that it has the capability to survive the rain or the shower. But ensure that you do not spray it with a pressure washer.

What about the Meaning of IPX7?

The fact that “X” is in this rating might be confusing to some people, but devices such as the first-gen Apple Watch, certain Garmin cameras as well as wearables, and some mobile phones have it. IPX7 shows that the device has not been certified for protection against dust. But this does not mean that it is not dust-resistant.  As with other IP ratings that end with 7, it implies that the Apple Watch series 1, for instance, can survive up to 30 minutes when submerged in water up to of depth 1m.

That’s all about water and dust IP ratings. Next time you come across them on your device, you can now decode their meaning.