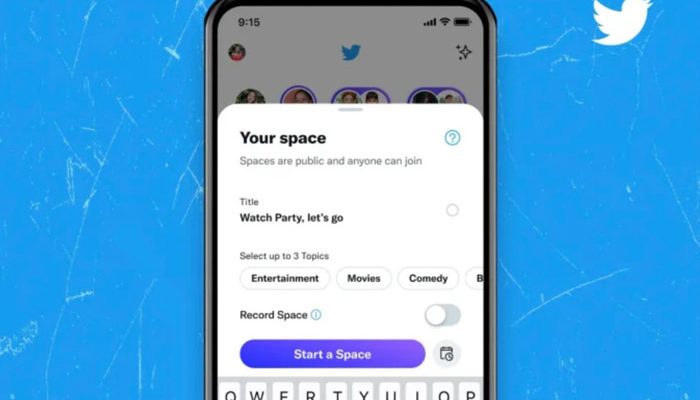 After rolling out the ability for all users on Android and iOS regardless of the numbers of followers to host live Spaces, Twitter is now letting some hosts on iOS record Spaces so they can share on their timeline.

Giving hosts the ability to share recorded Spaces means they will reach more audiences, especially those who could not join the live recording. Both users on iOS and Android will be able to listen to the audio playback on the timeline. Hosts with access must toggle on the “Record Space” feature before starting a new conversation, and a record icon will be visible to all listeners in the live conversation. After the live broadcast, recorded sessions will be available to hosts for 30 days to share with more audiences which everyone on the timeline can playback and listen to.

Recorded conversations can be deleted by hosts at any time but Twitter says it will keep all conversations up to 120 days so it can investigate if a recording violates its term when it’s reported for hateful content. Clubhouse made it possible to record and share audio replays in September and it was only a matter of time before Twitter made it possible on Spaces as it tries to keep up with competitors.

Twitter Circle will Let you Send Tweets to Select People