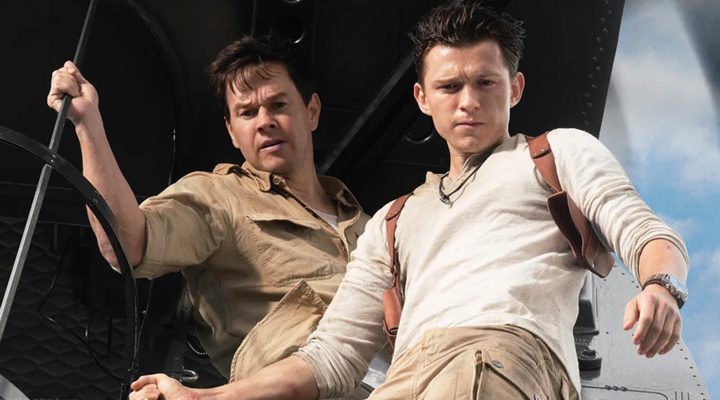 Sony on Thursday finally debuted the first trailer for Uncharted movie which has been in development for more than a decade. Though the movie is meant to be a prequel, fans of the Uncharted series on PlayStation will be familiar with some action scenes showcased in the trailer.

Some of Hollywood’s biggest names are starring in the movie with Tom Holland playing protagonist Nathan Drake, while Mark Wahlberg plays a young Victor “Sully” Sullivan without his familiar moustache. Sophia Taylor stars as a young Chloe Frazer while Antonio Banderas is the movie’s villain.

Uncharted movie takes place long before the events of the first Uncharted game when Nathan Drake began his career as a treasure hunter in Drake’s Fortune. In the movie trailer, Tom Holland can be seen hanging on to his dear life in a plane crash scene reminiscent of the one in Uncharted 3: Drake’s Deception.

In a discussion with Naughty Dog’s Co-President Neil Druckmann, film director Ruben Fleischer said he “made the movie for both hardcore fans of the game and those who are not yet familiar with the franchise and believe that both will be equally entertained by this incredibly fun and action-packed film.”

The Uncharted movie was initially supposed to come out on July 16, 2021, but was delayed in January until 2022. The movie is now set to hit theatres on February 18, 2022. Another Naughty Dog video game, The Last of Us is currently being made into an HBO TV series even as the gaming studio gets set to release Uncharted: Legacy of Thieves Collection on the PS5 and PC in 2022.