Skip to content
You are at:Home»Social Media»Twitter Blue Subscribers Will Finally Be Able to Edit Tweets 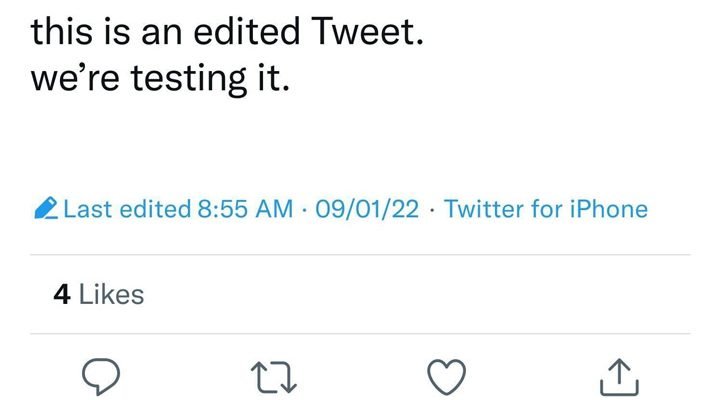 After announcing in April that it would be testing an edit button in the coming months, Twitter confirmed on Thursday the feature is now being tested. In a blog post, the company says Edit Tweet, its “most requested feature to date”, is being tested internally, and the feature will be rolled out to Twitter Blue subscribers later in September.

Twitter Blue is Twitter’s paid subscription service for its power users offering certain perks which are not available to the regular users of the platform. Twitter Blue costs $4.99, and subscribers receive early access to test new features such as Edit Tweet before it is rolled out officially.

Twitter says tweets can be edited “a few times” within 30 minutes after publication. Tweets that have been edited will have an icon, timestamp, and label so readers can separate them from non-edited ones. When readers tap on the label on an edited tweet, they can see the tweet’s edit history, including the past versions of the tweet.

For now, Twitter says the test will be localized to a single country before it is finally expanded globally. Regarding the time limit and version history that comes with the edit feature, Twitter says “they help protect the integrity of the conversation and create a publicly accessible record of what was said.”