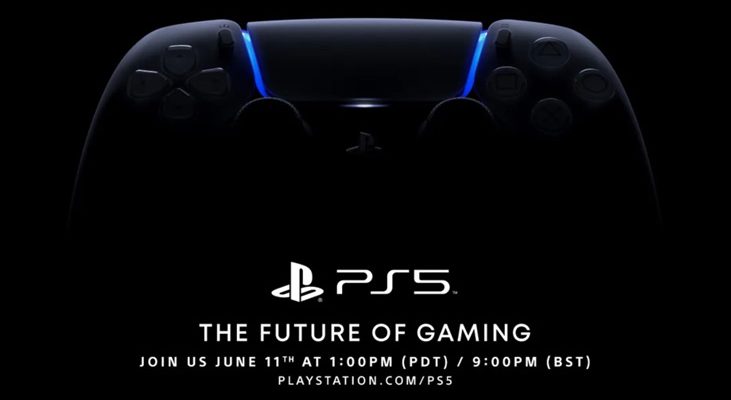 Sony has rescheduled its PlayStation 5 event tagged “THE FUTURE OF GAMING” for this Thursday, June 11 at 1:00PM (PDT) / 9:00PM (BST). The event was originally scheduled to hold last Thursday, June 4 but Sony announced an indefinite postponement to “allow more important voices to be heard” following the protest surrounding the killing of George Floyd.

“I wanted to add that this pre-taped program will be broadcast at 1080p and 30 frames per second,” confirms Sid Shuman, Sony Interactive     Entertainment Content Communications, Senior Director. “This eased the show’s production process during a time when many of our team and developers are working from home. The games you’ll see on Thursday will look even better when you play them on PS5 with a 4K TV, as you’d expect.”

Sid promises the event will be coming with “some cool audio work” which is better enjoyed while wearing a headphone.

So far, Sony has unveiled the logo of the PS5, its technical specifications and its all-new DualSense controller. It is unclear if we will finally get to see what the console looks like at this online event.

“The games coming to PS5 represent the best in the industry from innovative studios that span the globe,” states Sony boss, Jim Ryan. “Studios, both larger and smaller, those newer and those more established, all have been hard at work developing games that will showcase the potential of the hardware.”

“This digital showcase will run for a bit more than an hour and, for the first time, we will all be together virtually experiencing the excitement together. A lack of physical events has given us an amazing opportunity to think differently and bring you on this journey with us, and hopefully, closer than ever before. This is part of our series of PS5 updates and, rest assured, after next week’s showcase, we will still have much to share with you.”

Where to Watch the PS5 Event Live

The event will be broadcasted live on the official PlayStation Twitch and YouTube channel.