Skip to content
You are at:Home»Mobile»Samsung Galaxy S8 Rumoured Specifications 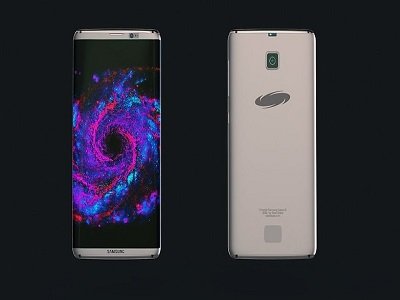 Competition in the smartphone world is becoming fiercer by the day; iPhone is leading and it is in its own class – I guess everybody wants that class.

But when we talk about the Android world, Samsung is the boss; it has made its mark in the industry by designing a lot of fantastic phones – the recently released Samsung S7 series is a perfect example.

Other android phone manufacturers are trying to catch up. However, I doubt this possibility of catching up, because rumours about galaxy S8 shows Samsung is not willing to give up this leadership role.

Processor:  Samsung phones are known to run on Exynos and Snapdragon processors; therefore, speculations have it that the Galaxy S8 would run on  either Exynos 9000 or Snapdragon 830.

RAM: This phone is expected to have at least 6GB RAM but don’t be surprise if it eventually come with a monster 8GB RAM.

OS: Of course, it will be Android Nougat.

Screen Display: Samsung thinks 1080 and 720pixel video resolution is becoming obsolete, so expect 4K (4000) pixel display quality. I guess you will need a third eye to appreciate this display quality

This 4K resolution plus Android Nougat OS will make the phone capable of Virtual Reality (VR) display. Oh! what is the hell is a VR?

Furthermore, one interesting feature expected on the phone is a mini flash projector which can be used to project images; but a major concern is its impact on the phone’s battery.

Release Date: The phone is expected to be released by April 2017 after the World Mobile Congress.

Price: The price is suggested to be about ‎$850 USD

Consequently, this phone will be a killer when finally released; but in the meantime, Galaxy S7 rocks and you get value for your money if you can afford one.

But if you can’t afford one, I will advise you to go for Tecno Camon C7 or C9; they are handy and can do all what you needed in a smartphone.