Skip to content
You are at:Home»Mobile»Google Finally Gives Name to Android N: It is Called Android Nougat 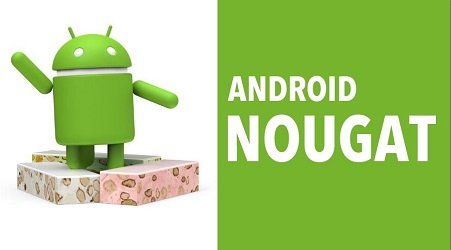 After several months of technical previews and feedback, Google has finally announced the meaning of the letter “N” in its latest OS. The Android “N” Operating System would now be called “Nougat”.

The announcement which was made through Google’s SnapChat page marked the end to the different suggestion and speculation of names for the latest OS.

As we all know, Google has the habit of naming its android OS after dessert. Many of us are popular with Cupcake, Kitkat and Lolipop. But what is the meaning of Nougat.

Nougat is a hard sweet or candy that is made from sugar or honey; nuts, like almonds; and egg white.

Phones to Receive the Push Update

As we all expected, it is the high end android phones that will get the update first. The list of phones to first get it are:

But for the users of OEM phone like Infinix, Tecno and other “Chinandroids”. You will have to keep your fingers cross until your phone manufacturer produces a new phone that will come with Android 7.0 Nougat or you wait for the techy guys to build a custom ROM that you can flash to your phone for you.