Skip to content
You are at:Home»News»Apple’s 2019 iPhone 11 Design Leaked 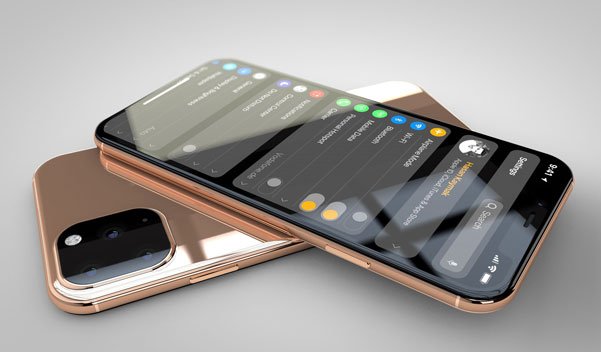 It’s no longer news that Apple’s iPhone 11 design is quite egregious and “an aesthetic nightmare”. Of course, a robust tech powers the ugly new bulge; however, the real potential of this design is now unfolding.

The clearest reference point is the formerly hideous square camera bulge that — on the heels of leaked refinements illustrated by Hasan Kaymak — now positively makes the iPhone 11 distinct from other triple camera mobile devices that are vertically aligned. And those shooters themselves appear to be worth the change of shape.

A notch is still featured in the display of the iPhone 11 when the majority of other phone manufacturers have already adopted punch-hole or bezel-less designs. However, the glass curvature, finish of the phone’s chassis as well as application of the commonly used color finishes in Apple smartphones, to a great deal, allay fears of fans as regards a phone that otherwise seems iffy in plans.

Kaymak has equally tried mocking up the new dark mode that is built into iOS 13. This could be the default setting for a lot of users since this mode saves battery life and also gives the iPhone 11 a much sleeker look.

In spite of that, the iPhone 11 won’t emerge as one of the great designs of the maker as it’s falling behind a number of phones, currently featuring more innovative designs. But it is not, entirely, a trainwreck. Besides, it should provide enough time for Apple before the real fireworks of the company start next year with a new look iPhone, in addition to the growingly potential return of a crowd favorite option.

The company recently reported its Q2 2019 financial results, where it posted quarterly revenue of $58 billion, which fell 5% from that of Q2 2018, and earnings per share of $2.46.  According to Apple, its essentially important services division recorded $11.5 billion in revenue, an all-time high. The revenue from sales of iPhones stood at $31.05 billion, which is still lower year on year but large enough to constitute more than 53% of the total revenue of the company. As for Mac sales, these also fell; however, the iPad, home/wearables/accessories as well as services units of the maker recorded gains.

In the accompanying press release, CEO Tim Cook said: “We delivered our strongest iPad growth in six years, and we are as excited as ever about our pipeline of innovative hardware, software and services. We’re looking forward to sharing more with developers and customers at Apple’s 30th annual Worldwide Developers Conference in June.”