Skip to content
You are at:Home»Gaming»PlayStation 5 to Launch Holiday 2020 with a New Controller Featuring Haptic Technology, Adaptive Triggers 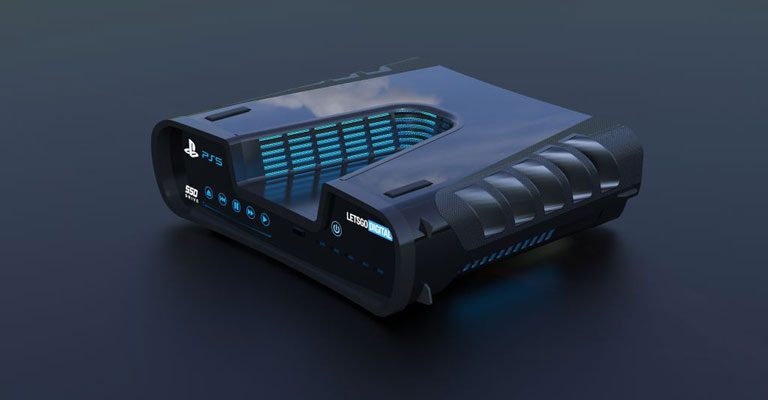 Back in April, Sony originally unveiled PS5. This news has since then generated a lot of excitement and interest in the next-gen console as fans all around waited with breath to hear more about what the future of games offers.

The wait is now over: PlayStation 5 is set to enter the market in Holiday 2020, Sony says today in a blog post.

The company revealed more details about it has in stock for the next generation release.

Making the announcement, Jim Ryan, who is the president and CEO Sony Interactive Entertainment (SIE), explained:

“The “more” refers to something I’m quite excited about – a preview of the new controller that will ship with PlayStation 5.

“One of our goals with the next generation is to deepen the feeling of immersion when you play games, and we had the opportunity with our new controller to reimagine how the sense of touch can add to that immersion.”

Innovations with the PS5’s New Controller

The manufacturer made two major innovations with the new controller of the soon-to-be-released console. The first one is the haptic feedback, which will replace the “rumble” tech in controllers that have been there since the 5th-gen consoles.

Haptics, he writes, enables you to really feel a wider range of feedback. One of these is that when you crash into a wall while playing a race car game, the experience feels significantly different compared with tackling your opponent on the football field.

You also get a sense for an array of textures while plodding through mud or making runs through fields of grass.

In the second innovation, the adaptive triggers feature has been incorporated into the trigger buttons (L2 or R2). This allows developers to program the resistance of those triggers, enabling you to feel the tactile sensation of accelerating an off-road vehicle through rocky terrain or drawing a bow & arrow.

The adaptive triggers — working in conjunction with the haptics — produce an immersive experience, which simulates a variety of actions better.

“Game creators”, according to Ryan, “have started to receive early versions of the new controller, and we can’t wait to see where their imagination goes with these new features at their disposal.”

Though the company will still reveal much more details about the PlayStation 5 in the year ahead, there are blockbuster experiences aplenty on the horizon on your PlayStation 4, such as The Last of Us Part II (released for pre-order recently); Ghost of Tsushima; and Death Stranding.

The New PS5 — an In-depth Look into Its Features

Ever since the 1994 release of the original PlayStation in markets around the world, the series of videogame consoles from the maker has adhered to the numbers. It has avoided catchy terms, such as “Max”, “Super”, “Code Red Xtreme”, like some of its competitors.

We only have simply iterative names; PlayStations 2, 3, 4, and now 5. So, there is little speculation about the next console model; only technical details remain a mystery — most of it anyway.

Scarlett, like the PlayStation 5, will come with a CPU that is based on AMD’s Ryzen line as well as a GPU based on its Navi series.

Like the PS5, the console will also hit the brakes on the use of spinning hard drive, replacing that with a solid-state drive. Ryan and system architect Mark Cerny, in a conference room at Sony’s US headquarters, shared specifics about the PS5.

It will have support for ray-tracing, which is a technique that allows complex lighting & sound effects in 3D environments. A lot of speculation trailed this revelation on social media, where fans were wondering about how the console would accomplish this.

Cerny confirms it isn’t a software-level option: “There is ray-tracing acceleration in the GPU hardware, which I believe is the statement that people were looking for.”

Cerny raves about the PS5’s solid-state drive that can turn loading time 5 times faster. The speed isn’t the only factor that makes the drive formidable, but the efficiency it delivers as well.

Consider the hard drive in a game console that is spinning similarly as a 5400-rpm vinyl record. The videogame console will read a piece of info off the drive-by first sending out the disk head (which is like a turntable needle) to look for it.

As it is called, each “seek” will only likely take a scant handful of milliseconds (ms); however, seeks do add up. Developers often minimize them by duplicate specific game assets to create contiguous data blocks. The drive can then read such blocks faster.

Data, however, also adds up.

Cerny explains: “If you look at a game like Marvel’s Spider-Man, there are some pieces of data duplicated 400 times on the hard drive.”

For all that duping, the solid-state drive sweeps away the need. This capability significantly boosts its raw read speed, making dramatically faster than a hard drive. It also saves vital space.

Game Installation Will be Slightly Different in the PS5

Developers may exploit that space in a different way: While some will likely choose to create a larger or more extensive game world, others may prefer to shrink the size of the games/patches.

In any case, physical games for the PlayStation 5 will make use of 100GB optical disks, which are inserted into an optical drive, also serving as a 4K Bluray player.

But game installation — mandatory due to the difference in speed between the solid-state drive and the optical drive — will come with slight differences compared with the PS4.

In the PS5, the Tokyo, Japan-headquartered manufacturer, Sony has opted to change its approach to storage to bring about a more configurable installation & removal process. This is partly supported by the simplified game data that the SSD deliver.

Cerny avers: “Rather than treating games like a big block of data, we’re allowing finer-grained access to the data.”

Irrespective of the specific parts of a game you opt to install & play, there is an entirely revamped user interface that lets you monitor it.

Occasionally, you may notice that the bare-bones home screen of your PlayStation 4 feels frozen in amber. You get to view the recent activity of your friends, or even see the particular game title they are playing at the moment. However, if you don’t launch an individual title, you can’t tell what single-player missions to embark on or what multiplayer matches to partake in.

“Multiplayer game servers will provide the console with the set of joinable activities in real-time. Single-player games will provide information like what missions you could do and what rewards you might receive for completing them—and all of those choices will be visible in the UI. As a player, you just jump right into whatever you like.”

How Will Game Developers Use PS5’s New Features?

As of now, it stills remains shrouded in mystery how game studios will apply all these PlayStations 5’s new features, such as the SSD, ray-tracing acceleration, the controller and real-time UI.

Though some studios acquired their PS5 devkits already, the release of controller prototypes only started recently. No one can really mention specific titles that they are building for the new PlayStation 5.

“We’re working on a big one right now,” president of Bluepoint Games, Marco Thrush confirms, who just completed the 2018 PS4 remake of Shadow of the Colossus. “I’ll let you figure out the rest.”

That does not imply that the developers are not exploring.

Thrush states: “The SSD has me really excited. You don’t need to do gameplay hacks anymore to artificially slow players down—lock them behind doors, anything like that. Back in the cartridge days, games used to load instantly; we’re kind of going back to what consoles used to be.”

Chief studio officer for EA Laura Miele weighs in: “I could be really specific and talk about experimenting with ambient occlusion techniques, or the examination of ray-traced shadows.

“More generally, we’re seeing the GPU be able to power machine learning for all sorts of really interesting advancements in the gameplay and other tools.”

Miele explains that what ultimately defines the next line of consoles is the speed of everything: “We’re stepping into the generation of immediacy. In mobile games, we expect a game to download in moments, and to be just a few taps from jumping right in. Now we’re able to tackle that in a big way.”