Skip to content
You are at:Home»News»Apple to Unveil iPhone 11, iPhone 11 Pro, and iPhone 11 Pro Max September 10; Their Specs and Price Leaked 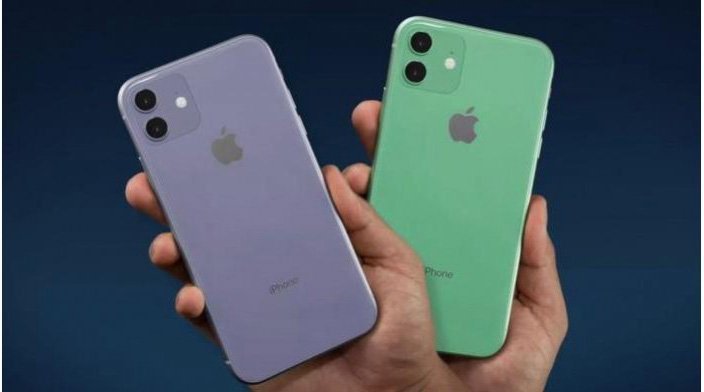 The iPhone 11 trio is set to go official in a press event Apple will host on September 10. The latest iPhone series will feature a bunch of key camera upgrades and refined design.

After several months of rumours and purported leaks, the launch date of these new phones has now been confirmed. However, recently, a new report was released from China, which appears to leak all of the specs of these upcoming smartphones.

(But do take note — all this is an unconfirmed rumour.)

Also, it’s been tipped pre-orders of the three iPhones will start on September 13, and they’ll be available in stores from September 20.

This device is coming as the successor to the iPhone XR, which will be introduced as an entry-level option for late 2019. The smartphone — like the XR — will start at $749 on the American market and will sport exactly the same screen as its predecessor.

The TSMC’s A13 chip sits at the core of this phone, aided by 4GB of RAM. In the front section, there is a 12-MP selfie camera and a Face ID sensor, which will be angled in such a manner to ensure unlocking works at wider angles.

So, it may even be possible to unlock while the device is on a table.

The battery capacity, 3110mAh, is slightly bigger in comparison with the XR’s 2942mAh.

The new handset will not feature 3D Touch, and neither will it support the Apple Pencil. There is a dual 12 MP camera setup at the rear. And support for reverse wireless charging and Wi-Fi 6 is in-built.

The iPhone 11 Pro is iPhone XS’ successor and retains the OLED screen in that model. It also gets the A13 chip like the iPhone 11 and newly angled Face ID. While there is no 3D Touch, it packs a 12-MP front cam, in addition, to reverse wireless charging, and Wi-Fi 6.

Its differences from the entry-level version include 6GB of RAM, triple 12-MP rear cam (standard + ultrawide + telephoto) system, storage options like 128/256/512GB, and support for the Apple Pencil.

But it retains its predecessor’s pricing system, which starts at $999. It will feature a frosted glass design that will not be the same as the iPhone 11’s glass design. How this will work remains a mystery.

Like the 2 iPhone 11 models above, it has the same improved Face ID, the A13 chip, 12-MP front (selfie) shooter, Wi-Fi 6 support, and reverse wireless charging.

The device shares the rear 12-MP cam setup with the 11 Pro, in addition to the 6GB of RAM as well as the Apple Pencil support.

It packs a 3500-mAh battery, a major upgrade over the 3174 mAh cell of its predecessor.

It is said that the handset will ship with an 18W power adapter, just like the other 2 models. As for the cable, it will be Lighting at the phone end, but at the brick end, it will be USB-C.

5G support, according to the rumour mills, will only get to iPhones next year.

Source (in Chinese) | Via