Skip to content
You are at:Home»Gaming»The Weirdest Simulator Games You Should Play Right Now 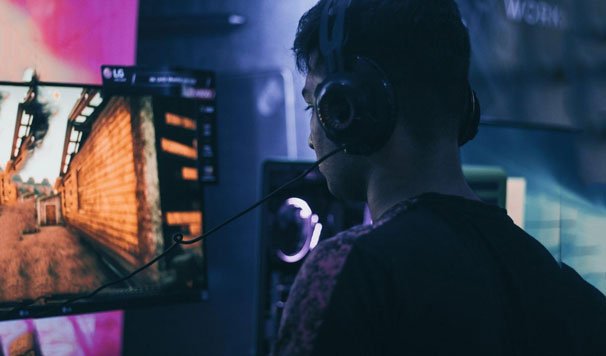 Some video games are immersive, some are adorable, some are deep, and some are cute. This article is dedicated to weird ones. IndieGames played a bunch of crazy titles from Steam to pick up the most playable of them for you.

This is a hilarious game by Bossa Studios, the creators of worthy Thomas Was Alone and Surgeon Simulator. As you’ve already read, you are bread. Welcome to the kitchen. You have to foster mayhem to complete challenges.

Amongst all unusual simulators, this one has the most exciting plot. As a piece of bread, you have to confront your house owner, Mr. Murton. He fails his business, his wife goes away, and he finds out that someone systematically destroys his house.

He manages to figure out that sentient pieces of bread are guilty, so he decides to throw them away. Unfortunately for Mr Murton, the slices of bread are smart enough to escape and lead him to a heart attack and a terrible car crash. You can experience the entire story trying to control pieces of bread in order to complete hardcore objectives. It’s a great ode to dark humour.

Coffee Stain Studios managed to create one of the most recognized simulators. In the beginning, it was just a YouTube joke. It became so popular today that you can play the original Goat Simulator and 4 large DLCs on all major gaming platforms, including Windows, OS X, Linux, iOS, Android, PS4, Xbox One, and Nintendo Switch.

In GS, you can experience playing a mad goat. The only purpose of its life is to cause mass destruction to gain as many points as possible. You can have fun on your own, or join the MMO mode to run wild with a gang of friends.

In Payday DLC, you can change characters and select a dolphin, a camel, and a pink flamingo. In Goatz, you have an opportunity to survive a zombie apocalypse. The latest update, Waste of Space, allows you to visit a space mission to make it go wrong. Every add-on presents new locations, mechanics, and items.IndieGames.Download recommends Goat Simulator as one of the best co-op simulators ever.

Developers from Steppe Hare Studios decided to tag their game as psychological horror. Well, at some point it really is. You have to control an unprepared mother who got into an evil TV show. She has to keep her baby happy by changing diapers and feeding the baby.

At the same time, you have to help the mom to cope with hunger. She needs so much energy to deal with house chores that her stamina ends annoyingly fast. You have to feed her while completing objectives to avoid death.

However, sometimes her life is not so bad, and she has an opportunity to take a break and exercise in throwing dirty diapers into baskets to earn skill points. Try to look around the room and think about more objects to throw. IndieGames.Download doesn’t promote violence, but, maybe, the mechanical baby is better for that?

Which one drew your attention the most? It doesn’t really matter as each of these simulators is so mad that you will remember it for a long time. Have fun and don’t try to do any of the stunts from games by yourself.

Victoria is an author at IndieGames.Download. She’s enthusiastic about all indie releases, struggling to find worthy and great titles before they become mainstream.