Skip to content
You are at:Home»Gaming»All we Know about SIMs 5 and Possible Release Date 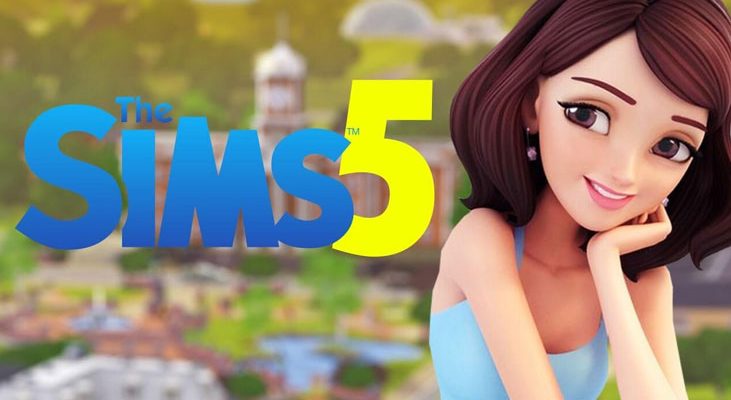 Since its launch, the Sims series of video games has attracted the interests of gaming enthusiasts across the world. However, the fourth instalment, Sims 4 was a let-down in various ways. Thus, with the possibility of having a new Sims, there’s a chance that its followers might still have a taste of the original spirit of the game.

That said, we have heard a lot of unconfirmed reports about a Sims 5 video game. Just as we heard about an E3 2018 title, which we are yet to see from the EA studios, although there are no confirmations concerning the Sims, we believe that Electronic Arts will launch a new Sims title as the game has always been a commercial success for the company.

Although SIMs 4 was exciting, it did not include some original features thus dampening the excitement for some fans. This made them wish EA had maintained the quality found in the Sims 3.

Usually, Electronic Arts launches games every. During this time, expansions are offered for the present main Sim titles, in this case, The Sims 3. Sims 4 was released in late 2014; thus, it’s fair if we wait for a successor, i.e., if we choose to consider the release schedule of pass games. Followers of Sims are on the lookout for fresh and exciting content as the Sims 4, its expansions and features was not a great game.

When Will There be a SIMs 5 Launch?

As earlier discussed, EA drops this video game every five years. If we study the release schedule of Sims 4, EA had announced the title in May 2013. However, it was introduced to stores in September 2014. This shows that the company spent a disturbing amount of time delaying its release. However, we are yet to hear an official comment from EA studios concerning this issue.

According to reports from TheDroidGuy, an EA exec shared on Twitter that of the Sims 4 performed poorly, the company would end the game’s series. However, the tweet has been deleted which means that such plans were not official. Nevertheless, we expect an announcement this year with an official launch event for 2020, which makes it five years since the world was introduced to the Sims 4.

The blog also reports that EA claims that the Sims 4 has a solid fan base while recording major success. Concerning the fans, this news might be good or bad.

Good in the sense that the games developers will undoubtedly offer a sequel to the Sims 5 and bad because they will extend the run of the Sims 4 with expansion packs and purchasable downloadable material. Either way, chances that we will see a Sims 5 are high because of the possible financial gains it provides EA.

How long the Sims 4 Last?

As we have said, SIMs 4 has been a commercial success; thus, EA sports will try to maximize its profit to the maximum with downloadable content. The latest expansion is the Pets Expansion which was launched a short while ago. There are also more packs to be expected so the title’s fans will need to wait a little more before they play the Sims 2.

Concerning the Sims 4, Gary Roderick in an interview with PC Games Insider said:

“We are not going to sit back and relax, now that we have made the ultimate pack for the game. Pets are simply the start of a second wave and not the end of the cycle. We have more content planned, surprise our audience and deliver free content they could have fun with.”

” Historically, after pets people are like: ‘Okay, we did the big pack, now we’re going to think about something else. I want players to be around still because we are still making killer content. We’re not going away. Pets is the biggest one, but we’re not going to dial it back. Some of the stuff we are thinking about is pretty ambitious, it’s also fresh twists on old things, and so I am hoping that people see Pets as the start of the second wave, not the end of the cycle. I want to do more content, keep upping the bar, more free content. Those are things that are super important to us, and we have been talking about stuff for next year for ages already because we want it to be super good. There’s crazy long cycles. Next year I want people to be like: ‘Wow, I can’t believe you’re doing all this stuff.’ Next year we’ll be four years old and still here.”

That said, we might be waiting at least a couple of years before we see a Sims 5, mainly because Rodiek is implying that there’s another big expansion coming out for The Sims 4 next year. In a nutshell, we’re just going to have to be patient, but a Sims 5 is happening in the future, just not as immediate as we’d like it to be!

With these words, we can see how a large the upcoming expansion will be; however, a Sims 5 will hit stores in the distant future.

What Gamers Want to See in a Sims 5 title?

They hope to see considerable improvements in a new Sims game. One of the downsides of the Sim 4 was the frequent presence of loading screens during gameplay. With its successor, an Open World experience is needed where the developers will abandon the annoying loading screens and put you in a massive environment where you can explore without any restrictions

Another issue with the Sims 4 was the absence of replayability. Its developers made performed poorly in this aspect and even failed in its attempts to use expansions to make the game attractive to consumers. We hope to see the parenthood option in Sims 5 which the company has previously removed.

Possible Features to Expect in Sims 5

With EA track record of surprising its fans, we expect to see some new features in Sims 5. For one, there might be an option that encourages users to install a mobile version. This option might allow users to complete some tasks on their phone which can unlock features on the PC variant or probably check the stats of your sims.

Also, we expect the game to host a large number of micro-transactions as this is the secret to EA’s profits even after charging gamers for full games. Other features to expect include sims with more personality and enhanced customization.

As mentioned above, SIMs 5 might not be available this year as EA did not make any announcements during ES 2018. However, fans can expect a statement this year with launch plans next year (if we choose to consider EA’s previous practices). Until then, gamers can make do with some nice console updates of the Sims 4.