Skip to content
You are at:Home»Social Media»Twitter is Rolling Out Auto-Captions for Voice Tweets 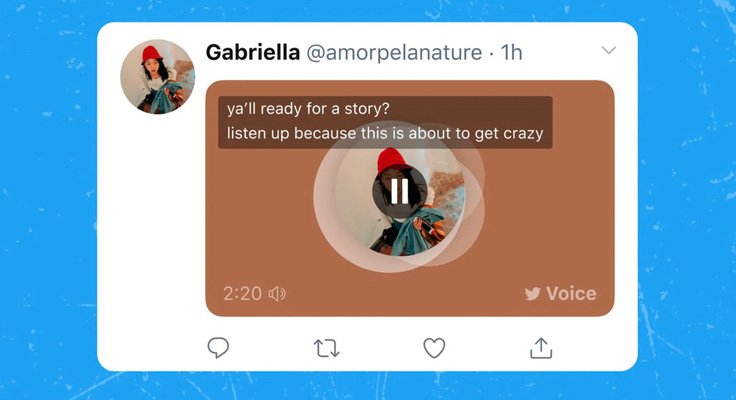 More than a year after rolling out voice tweets to Twitter for iOS, the company is now rolling out captions for better accessibility. When Twitter began rolling out the feature in June 2020, it was criticised for not having accessibility in mind since there were no captions. The company later responded it was working on bringing transcription for audio and video to everyone.

On Thursday, Twitter finally announced it was rolling out captions for voice tweets to everyone. Voice tweets are only available to iOS for now, but Twitter said it is working on bringing the feature to Android in 2021. Captions for voice Tweets are automatically generated in supported languages by Twitter: English, Japanese, Spanish, Portuguese, Turkish, Arabic, Hindi, French, Indonesian, Korean, and Italian. The auto-captions work based on a device’s default language setting, so there is a chance it will not work if the speaker tweets a voice tweet in a language different from the one the device is set to.

To use captions, there is a “CC” icon that appears in the top-right corner of a voice tweet, when it is tapped, captions appear automatically on the screen. Twitter tells The Verge captions will only appear on new voice tweets and not on older ones.

Twitter said this is just the beginning in improving accessibility across its service. “Though it’s still early and we know it won’t be perfect at first, it’s one of many steps we’re taking to expand and strengthen accessibility across our service, and we look forward to continuing our journey to create a truly inclusive service,” Head of Global Accessibility, Gurpreet Kaur said in a statement.