Skip to content
You are at:Home»Gaming»League of Legends ELO Boosters are Making Big Bucks by Playing Video Games 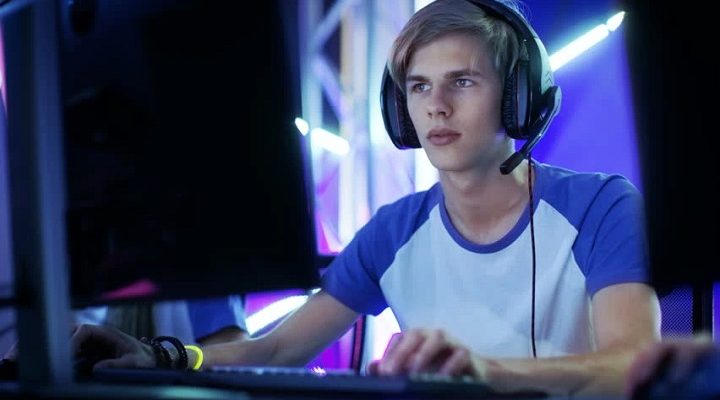 Who wouldn’t want to earn some money while doing what he or she enjoyed the most? Everyone would tell you to do the job that you enjoy doing. But what if the job is just to game? To us, gaming was always a side thing that cleared our minds off of our daily routine. Coming from school and work, playing some games is always the best moment of the daily life of people who enjoy video games. But now, the world and the whole system are changing. People are making their hobbies their jobs. Now, gaming is a huge leading industry in the world and there are many people who are making their living on games. In fact, not only do they make a living but some people also get surprisingly rich from them. If you are a player who enjoys games like League of Legends, you can even find a suitable way to earn money on it. If you are not fully a professional player but a highly skilled one, you may earn bucks by ELO boosting! But how does that work? Let’s find it out…

Thanks to the digitized world we are living in right now, there are so many ways to earn some bucks from gaming. We are not talking about trading game items or making some physical products to sell them with a little profit margin. We are talking about earning bucks while gaming.

There are surely still a lot of ways that can make you huge amounts of money while playing a game like League of Legends. Here are a few of them.

Being a Pro Player

If you have high ambition you can become a professional player and try to become one of the best players in the world. By doing so, you will be in professional teams and as you win tournaments, you will make an incredible amount of money. The winners of the most popular tournaments make millions of dollars. And this has been a fact for years. The prizes are still in similar amounts. In other words, the tournament sector of the League of Legends or e-sport games does not seem to be shrinking. The near future is still bright for this sector as many players are still active in the game and the competition is going hot.

Even if you will not be able to play on one of the best teams in the world, if you dedicate your life to being a pro player, you will succeed. You can play in more amateur teams and join amateur tournaments which can still have decent prizes. Also, even amateur teams in League of Legends make agreements with sponsors and that can be a great income for you too. This road may seem very hard and not be for everyone. So you can consider becoming an ELO booster in League of Legends so that you will have some more stable income and less stress.

You already most probably saw so much content flowing around the internet. There are so many blogs, youtube channels, and twitch channels uploading content directly related to League of Legends. Especially, you can make really decent earnings by twitch streaming. But to be successful, you need to have some talent in broadcasting. Only playing the game without any comments will probably not be very successful since some pro-level players already do that and the audience would prefer watching them instead of you. So even if you love playing League of Legends, you will need to entertain your audience to get views and build a community. If you fail, you will not get any earnings.

If you prefer to create different content than live broadcasting, you may try editing videos for YouTube. However, you will have to spend a lot of time editing and recording these videos. If you do not want to spend time on that, again the content creation for LoL is not for you.

Being an ELO Booster

Now, this is the part where it gets interesting. There are not many people who earn so much by streaming or creating content for LoL. Maybe we can count 10-15 people at max who are famous content creators and they certainly earn a decent amount of money. The interesting part is that in contrast to these facts, there are so many players who ELO boosts in League of Legends. These LoL ELO boosters make big bucks by playing video games. And the chances are high for being a successful ELO booster if you want to become one of them.

If you do not want to tire yourself out of stress to become a pro player or waste too much time on building a community for creating content, you may choose to be an ELO booster in League of Legends. You can visit www.boostingboss.com to get your journey started. Since there are a lot of amateur players who simply want to achieve higher ranking tiers, there is a lot of demand for ELO boosting. And also due to this fact, ELO boosting in League of Legends is highly profitable.

How to be an ELO Booster in League of Legends?

If you have decided on becoming an ELO booster, get yourself ready for a journey. Although ELO boosting is one of the easiest ways of making bucks while playing video games, it still can be a challenge. If you are;

then ELO boosting can be hard for you initially. Especially if you are a new player, you have a long way to go to become a booster. But if you have been playing the game for a long time, there are little things to fix. Just try to control your stress level while playing games and get used to playing many games in a row. Boosting will be only about these; you should get yourself prepared about these. Do not forget to practice more and more!