Skip to content
You are at:Home»News»Is Buhari Dead or Alive – Second Most Searched Query on Google Right Now 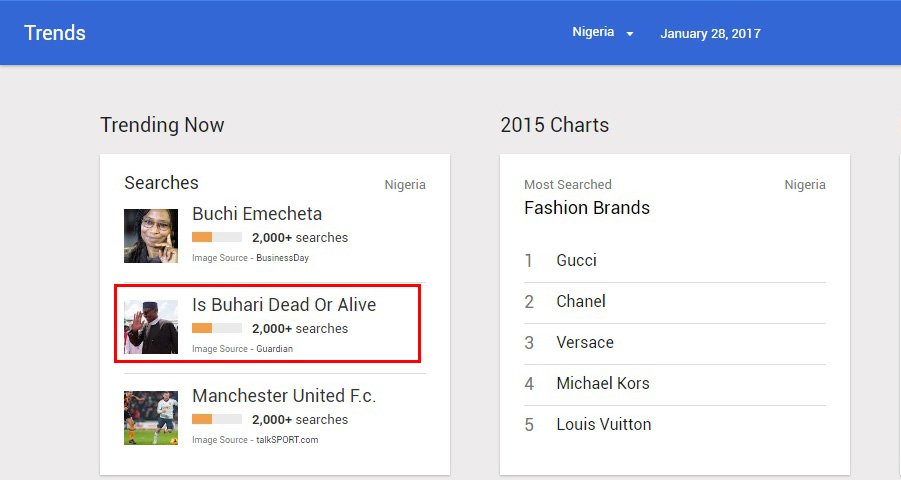 Since the president left the country few days ago for the United Kingdom, there has been a lot of rumours going around if he’s actually well, dead or alive. According to Google Trends, the second most searched query in the country right now is the phrase Is Buhari Dead or Alive with over 2000+ searches on Google.

There has been a lot of talk on social media about the president’s health and the presidency has not released an official statement to quell all rumours. Interest on Is Buhari Dead or Alive in regions in Nigeria got the most search from Rivers, Lagos and the FCT. Some actually thinks the president is dead according to related search queries seen or Google trends.

These are hard times in the country as people are finding it hard to get their daily bread. Whatever may be happening right now, we hope the president is still alive and he recovers fully to stare the affairs of the country in the right direction.

ICYMI: If you would like to know what Google knows about you, read this article here.