Skip to content
You are at:Home»Gaming»Apex Legends Pros Provide Six Tips to Improve Your Game 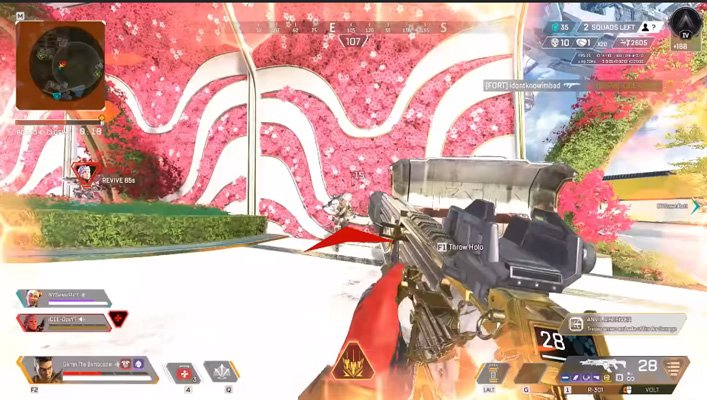 Apex Legends can be a little more overwhelming to beginners as it can be sometimes hard for them to adjust the pace of the game. In fact, Apex Legend is more on the shooter side of the game than a typical battle royale game! But don’t worry, if you want to be someone to control the game even in frantic shootouts effortlessly, here are six tips from Apex Legends pros that will cover almost everything that you need to know in order to get better at the game. Incorporate these six tips while gaming and you will reach high in the game in no time. The following apex legends hacks will definitely help you improve your game. So, let’s get started.

Many beginner players don’t really give a thought to the fact that there is a need to adjust the mouse sensitivity according to their personal preferences in order to improve the gameplay. But this plays a major role while shooting at your target; at last, this is what will lead you to victory in the game, right? The best advice to be given as an Apex Legends Pro player is to keep the mouse sensitivity as low as you can, as it will give you far greater control over your movement. But again, one should tailor their own mouse sensitivity depending on their game style. You can always find out what suits your playstyle the best by practising with different settings until you find the best one that you are most comfortable with.

If you have entered the training mode of the game then you would probably be familiar with the concept of sliding downhill in the game. but thinking of it just as a cool entrance and do nothing while doing so, is a waste. It is better to practice your shooting while going downhill as there will be many times in the game when you will need to aim at the opponent while sliding down the hill. Also, stopping first and aiming at your opponent will definitely kill your time and give an advantage to your opponent. Remember, the game isn’t just about standing still and trying to aim at the best spot; you will need to play smart to outrun your opponent and gain control over the game.

The faster way to gain experience

If you don’t want to move around the map patiently and wait to gain experience, then you can try dropping into hot zones such as high-tier loot areas where you can get your hands on plenty of shoots but only after finding a weapon in time. Although this may sound more like a come and hit me strategy, as you may get killed by another player way before you even find a weapon but you can lessen the probability of this happening by communicating with your teammates and keep pinging the weapons as fast as you can.

Don’t forget to close the door behind you

If your health drops low and you want to be safe while loot, then it is best to shut the door as it will give you more time to heal. Also, you can use equipment such as Wattson’s Interception Pylon or Caustic Nox Gas Trap to block the door. And if you are out of equipment or don’t want to sacrifice them for this action, you can also sit in front of the door to block it from opening until the opponent kicks down or blow the door open with a grenade. But, this will give you enough time to heal and think over the situation.

Selecting the right weapon in the game

Many of their players don’t really put much thought into when and how to play their weapon in the game. It is way more important to know how to properly use the weapons you have in your inventory rather than having the best guns such as Charge Rifle with you. One of the basic trick that every pro gamer use is to save their best weapon for the last. One needs to break up the armour of the opponent with any weapon and then switch to the strongest close-range gun they have in their inventory to charge at the opponent while they are healing from the previous impact.

Also, it is better to pop your shield recharges before your health supplies and not the other way around as the former one will take less time than the latter which will potentially save your life.

Teamwork is the best strategy

Apex Legends is not a solo battle game, it is a team game and thus if you are someone who can communicate well with the teammates then you definitely have an upper hand in the game. Sometimes, you may not agree with the team decision but it is better to move in the strength of numbers rather than trying to become a Rambo on your own.