Skip to content
You are at:Home»Mobile»TECNO Camon X Complete Specifications, Price and Availability 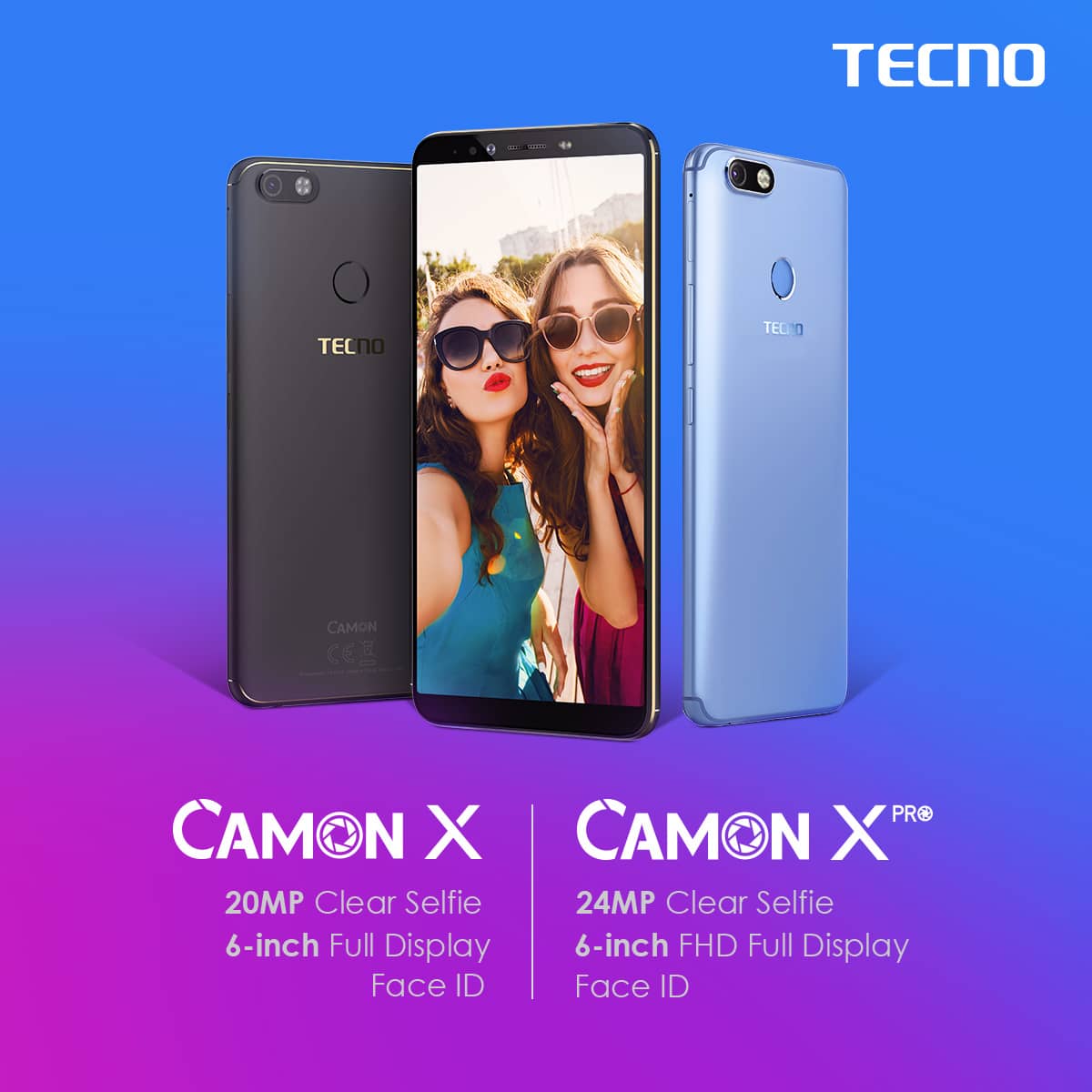 They call it the “Global Spring Launch”, the TECNO Camon X, the next iteration from TECNO’s famous Camon series is finally here. The Camon X was launched alongside a Pro version and 3 other devices which we will be writing about later.

The Camon X comes with major upgrade on the Camon CM which was launched with a full view display some couple of months back. It features a 6.0 inch HD+ display having a screen resolution of 720×1440 and a 2.5D curved glass on top. It runs on Android 8.1 Oreo and is powered by a 2.0GHz Octa-core processor. One of its key features is also its effective Face ID security recognition. 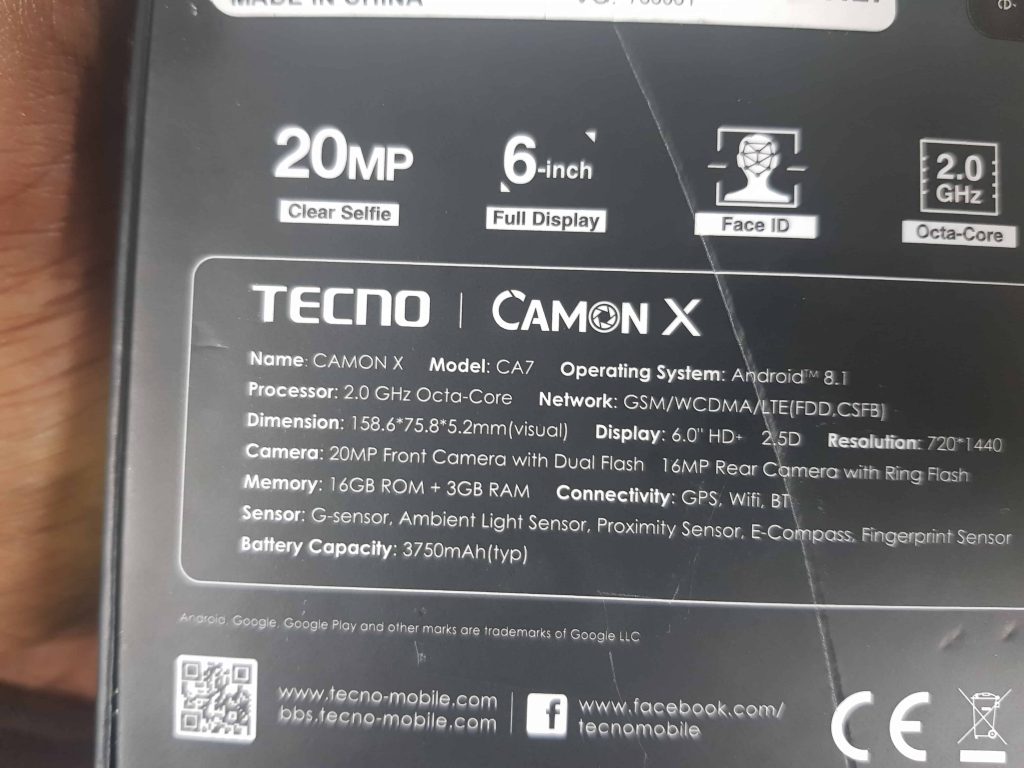 The Camon X looks like the CM design-wise with a smooth-shining plastic covering at the back, it measures 158.6 x 75.8 x 5.2mm in dimension with little bezels. Its fingerprint sensor is well mounted at the back and its 16MP back camera with the Ring Flash is clearly visible.

In terms of display, there is a 6.0 HD+ 720×1440 resolution screen with a 2.5D Curved Glass protection. Just like the CM, the X comes with full screen display with a 75% screen to body ratio.

The smartphone is TECNO’s first device ever to run on Android 8.1 Oreo based on the OEM’s custom HIOS v3.3.0 UI. It is powered by a MediaTek 2.0 Octa-Core processor and a 3GB RAM. It comes with a 16GB internal memory which is expandable up to 128GB via the micro SD card slot.

As known, every TECNO Camon devices are camera-centric and the X is no different. It features a 16MP rear camera with Ring Flash and 20MP selfie shooter with Dual Flash. The phone’s camera picture quality will definitely be put to test when we are writing a review on a unit we got.

Other connectivity options include Bluetooth, GPS and Wifi.

Camon X price in Ethiopia is

Camon X price in Ghana is 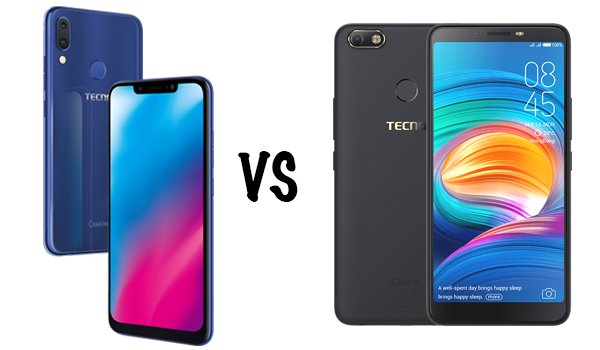 TECNO Camon 11 vs Camon X: Should you upgrade? 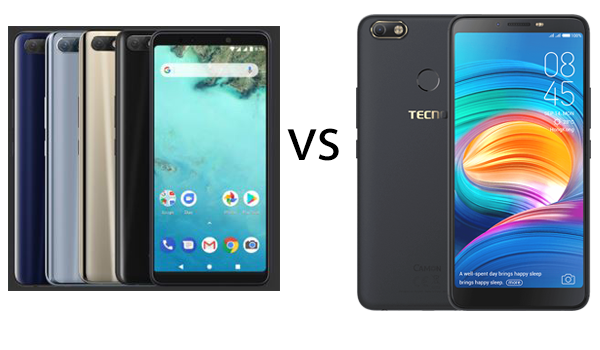 TECNO Pouvoir 2 vs TECNO Camon X: What are the differences?