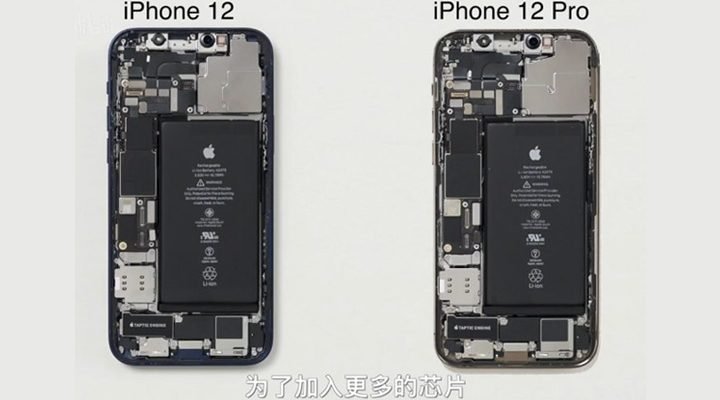 When compared side by side, the front’s camera, linear motor, speaker, bottom board, battery and other components on the iPhone 12 and iPhone 12 Pro are exactly the same. This makes it possible to interchange the components. 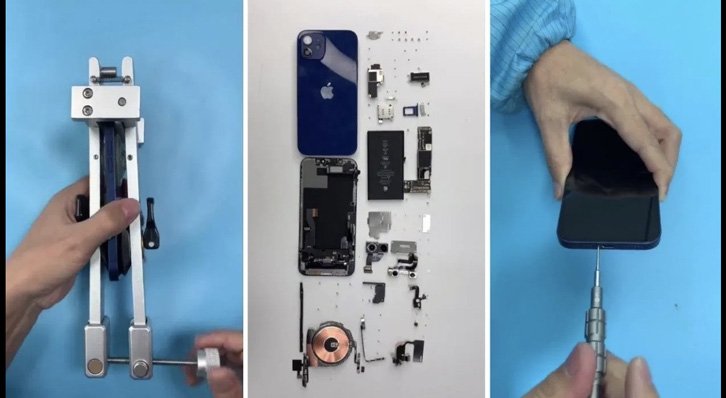