Skip to content
You are at:Home»Mobile»Samsung Galaxy Z Fold 2 Goes Official with Bigger Display and Improved Design for $1,999 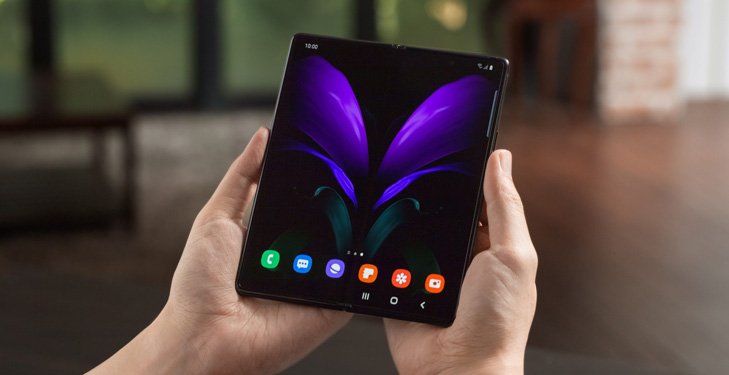 Samsung today finally unveiled its Galaxy Z Fold 2 after teasing it at its Unpacked event in August. As expected, the foldable smartphone brings better design and display but it will set you back by $1,999.

The internal screen has been upgraded to a 120Hz panel and the huge notch found in the original Galazy Z Flip is no longer there. The front display also takes up the possible screen real estate amount. Most of the specifications had already been revealed from several leaks before Samsung finally made the device official.

Samsung is maintaining the same flagship Snapdragon 865+ chipset it used on the Galaxy Note 20 Ultra on the Galaxy Z Fold 2. The chipset is paired with a 12GB of RAM and a 256GB internal memory, there is a variant with 512GB ternal memory but none has a space for an external microSD card. The smartphone comes with 5G connectivity on sub6 and mmWave networks. It is powered by a 4,500mAh battery and it supports wireless charging.

In terms of display, there is a 7.6”120Hz Dynamic AMOLED screen on the inside with a 2208×1768 resolution. On the outside is a 6.2” 60Hz AMOLED display with a 2260×816 resolution. The outer display being the most susceptible to damage is protected by the latest Gorilla Glass Victus while the inner display features an Ultra-Thin Glass (UTG). The hinge have also been improved in what Samsung calls a Hideaway hinge which employs a CAM mechanism Samsung enabling the device to stand 75 – 115 degrees on its own.

In terms of camera, there is triple-camera setup all featuring a 12MP camera; the main shooter, an ultrawide and a telephoto lens. Both displays also feature 10MP selfie cameras. The power button on the side doubles as the fingerprint scanner.

There is no Galaxy Buds in the packaging but Samsung has included a service called “Z Premiere Service” which comes with a one-time $149 screen replacement program, a Founder’s Card that gives you access to travel/hotel benefits, golf courses, and many more. The Service also comes with a customizable “Hideaway Hinge” of four colour choices.

Pre-order starts tomorrow September 2 while shipping begins September 18. There will be a special Galaxy Z Fold 2 Thom Browne Edition that costs $3,299 and it will be packaged with a Galaxy Buds Live and Galaxy Watch 3. It will be available on September 25.