Skip to content
You are at:Home»Mobile»Samsung Galaxy A30 Price in Nigeria and Specs 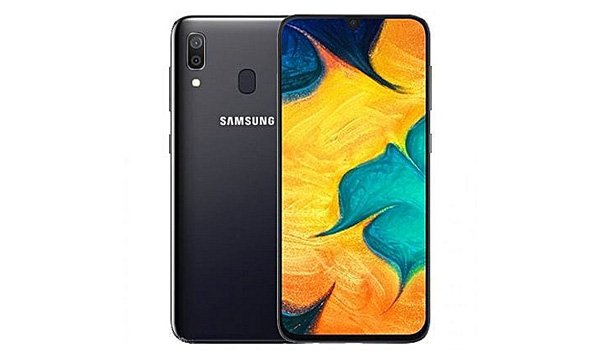 Samsung Galaxy A30 is a mid-ranger you would love because it packs a rich variety of exciting features and specs, a number of which are offered by its bigger brother, Galaxy A50. The new phone — like the A50 — sports a 6.4” 1080p+ Super AMOLED display. But its fingerprint sensor is rear-mounted. Equipped with Exynos 7885 Octa SoC, the A30 is coming in 2 variants: There is a version with 3GB RAM and 32GB ROM, and another one with 4GB RAM and 64GB ROM. The smartphone ships Android 9.0 Pie out of the box and features Samsung’s new One UI.

It offers a dual rear camera setup, 16MP+5MP, along with a 16-MP front-facing selfie shooter: Units that ensure you enjoy crystal-clear pictures and breathtaking video quality. In the battery department, it comes with a robust 4000-mAh non-removable battery with 15W fast battery charging. Let’s reel off more details about the specs and features of the new device below:

First take a peek at a handful of the A30’s specs:

Samsung Galaxy A30 Design and Display

When you draw a parallel between the design of the Galaxy A30 and that of the Galaxy A50 focusing on the front side, you will spot a number of similar features, one of which is the 6.4-inch 1080p+ Super AMOLED display that has a notch up top, housing the front-facing selfie shooter, also called Infinity U display.

This display is glass-protected whereas the back, made of plastic, holds the dual camera system as well as a fingerprint sensor. Since it is IP68 certified, you can rest assured it is water- and dust-proof. The phone is coming as a single SIM and dual SIM options, both of which are engineered with a dedicated MicroSD card slot for expanding the storage capacity. The available color options to choose from include Blue, White, and Black.

The A30 handles your photography seamlessly with a combination comprising a 16MP camera with an f/1.7 aperture and PDAF, which is paired with a secondary unit that has 5MP, featuring an f/2.2 aperture. The single 16-MP shooter, offering an f/2.0, is always at your beck and call to take captivating selfies. The front-facing and rear cameras have the capability to record 1080p videos at 30fps. The rear camera setup features an LED flash, Panorama, and HDR.

As regards power, the Galaxy A30 packs a 4,000-mAh battery that provides a 15W fast battery charging, drawing power from the USB Type-C port.

Under the hood, you would find the Exynos 7885 octa: A chipset which is based upon the 14nm FinFET process technology that has a 2.2GHz octa-core processor, working with a Mali-G71 GPU. You can either go for the 3GB RAM and 32GB ROM model or the bigger 4GB RAM and 64GB ROM variant. These internal storage capacities are expandable up to 512GB using the dedicated MicroSD card slot. The handset runs out-of-the-box Android 9.0 Pie with Samsung’s new One UI.

Samsung Galaxy A30 Network and Connectivity

The connectivity options of the Samsung Galaxy A30 include 4G LTE, WiFi, WiFi hotspot, GPS, Bluetooth, a 3.5mm jack, and others.

Related: Samsung Galaxy A10 Price in Nigeria and Specs