Skip to content
You are at:Home»News»Huawei Records Highest Ever Level of Global Smartphone Market Share in Q1 2019 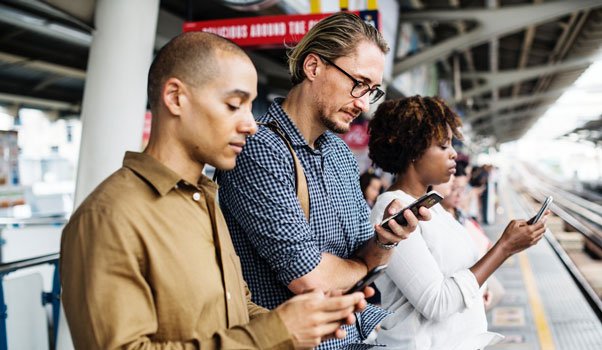 Huawei’s share in the global smartphone shipment hit 17 percent, its highest level ever, during the first quarter of 2019, Counterpoint’s Market Monitor service says in its recently published research. According to the findings of this research, with an increase in volumes of around 50 percent year-on-year (YoY), China’s Huawei overtook US-based Apple as the second biggest maker of smartphones in Q1 2019.

Research Analyst Shobhit Srivastava weighed in on Huawei’s growth: “Huawei became the second largest smartphone brand by shipments without a significant presence in an important market like the United States. It was also the fastest growing brand among the top 10. At this pace, we expect Huawei to remain ahead of Apple at the end of 2019. What has helped Huawei is the pace of its innovations. It was the first to introduce features like reverse wireless charging, onboard AI, advanced camera, and more. A dual-brand (HONOR) strategy has helped Huawei build a connection to younger profile consumers and gain additional market share in a sluggish Chinese market. Huawei is now a match for Samsung in smartphone hardware. Like Samsung and Apple, Huawei also is becoming increasingly vertically integrated. We believe it is Huawei that Samsung should be worrying about rather than Apple.”

Overall, the shipments of smartphones globally dropped 5 percent YoY in the first quarter of 2019, representing the sixth consecutive quarter of shipments that are declining in the global smartphone market.

Associate Director at Counterpoint Research, Tarun Pathak, while commenting on the fall in the smartphone market, stated: “The global smartphone market showed no sign of recovery in Q1 2019. The rate of decline accelerated, particularly in February, due to inventory corrections by some brands and the production halt during Chinese New Year. Another reason for the decline is lengthening replacement cycles, especially in the premium segment. The replacement rate for iPhones is close to 36 months, while the replacement rate for premium Android devices is closing in on 30 months. This can be attributed to the higher quality of devices, increasing average selling prices (ASP), and the lack of innovation sufficient to motivate consumers to upgrade.”

In spite of this dismal development, Chinese smartphone makers keep growing their volumes of shipments. Srivastava, about the dynamics of the Chinese brands, remarked that “Chinese brands continue to defy gravity by expanding outside their home markets. Top Chinese brands are now following a dual-brand strategy to cover the maximum number of price bands and to appeal to different market segments. After entering South East Asia and India, leading Chinese OEMs are looking to expand in Europe, and develop their positions in higher price bands, increasing their ASPs. The shift in focus of Chinese OEMs is clearly visible as Europe becomes their place of choice to launch new flagship models.”

These findings from Counterpoint’s research on global smartphone shipments came hours after IDC published its report on the same issue. Both sources made similar discoveries and gave life to the ongoing trend, indicating that Huawei continues to gain market share, having recently achieved an all-time high shipment volume, which is a whopping 17 percent.