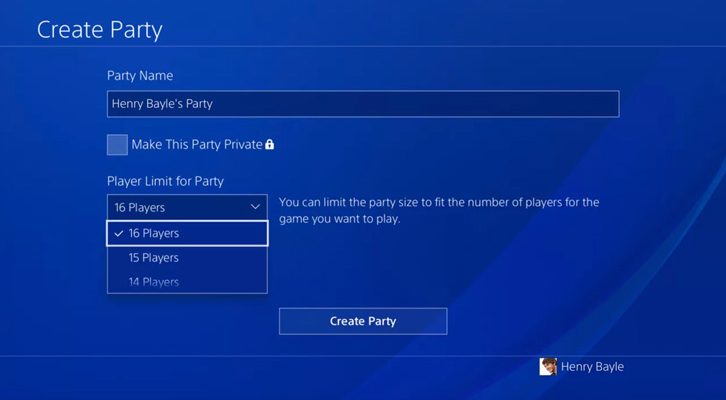 The PS4 may be reaching the end of its lifecycle but Sony is not backing down yet. The PS4 will be climaxing with some big games and Sony has now announced a system software update coming to the console this week which will add key system features such as Party and Remote Play.

On the PlayStation 4, Party lets you play with friends or create a community. With the update, more features have been added and the number of players in Part has been increased. New features include:

The update also brings improved network connectivity and audio quality to Party. For those in the United States, the Party App will now show a new Chat Transcription feature from the PS4 Second Screen App on smartphone or other mobile devices. Emphasizing on it, Sony said, “The new feature supports US English and converts party voice chat to text, or enables you to enter text that is read aloud to other party members. If using your mobile device to connect to your PS4 during a Party, you will now see a new Party tab has been added where the new functionality is available.”

Remote Play just got bigger and can now be used on Android devices running Android 5.0 or higher. This allows you stream select PS4 games on your Android devices with the Remote Play App which can be downloaded from the Google Play store.

For iPhone and iPad users, Remote Play now lets you display controller at all times and maintain the screen orientation.

A new feature has also been added for Remote Play which adds the functionality of the DualShock 4 wireless controllers via Bluetooth on Android, iPhone, the iPad and Mac. To enable the DualShock 4 you have to update to Android 10, iOS13, iPadOS 13 or macOS Catalina. Which is scheduled to be released this month by Apple.

Sony points out a PS4 system with a wired connection via a LAN cable is preferable.