Skip to content
You are at:Home»Mobile»Nokia 5.1 Complete Specifications, Features and Price 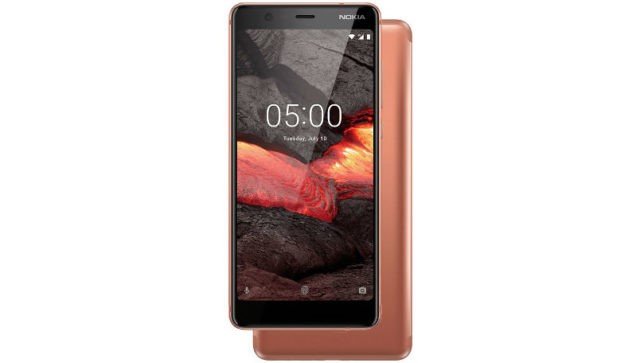 It appears that HMD isn’t going to dump the “.1” tag anytime soon. The Nokia 2.1 and 3.1 have been floated in the past as upgrades to Nokia 2 and 3 respectively. This time around, the Nokia 5.1 is seen as an upgrade to the Nokia 5. Apart from the name, there have been real upgrades in design and hardware too. Surprisingly, it is a budget phone considering the specs it owns.

While the Nokia 5.1 is a budget phone and is not expected to feature anything premium, it does not sport the plastic case in the Nokia 5. Rather, it has a metallic body. This aluminium body tends to be durable and that’s a plus for those who might own the phone. It has a big full HD+ 5.5” IPS display (definitely bigger than the former which is a 5.2 inches) with an 18:9 ratio that is good enough to watch series of videos, surf the internet and play high definition games.

Also, the side is almost bezeless but the bezels are conspicuous at both the top and the bottom of the phone’s display. It does not have the latest USB Type-C option. Rather, it owns the fast becoming outdated MicroUSB 2.0. The fingerprint sensor is mounted on the rear of the device.

The Nokia 5.1 is powered by the Android 8.1 OS. It is certain that it shall be upgradable to the Android 9 Pie when it is made available.

The device runs on a rather modest an Octa-core MediaTek chipset while the Graphics Processing Unit is Mali-T860 MP2 which ensures a smooth video viewing and seamless gaming.

The Nokia 5.1 features an 8MP front-facing camera while the rear camera is 16MP which sports a phase detection auto-focus. This means that no detail is left out. The phone is 4G-enabled and is characterized by Bluetooth 4.2

The battery is a big let down. In a world where smartphones own 4000 mAh batteries, the Nokia 5.1 sports a rather mediocre 2,970 mAh battery. That’s quite unimpressive!

The smartphone is available for sale already and costs about $218 for the 2GB RAM and $252 for the 3GB RAM. It sells for around N61,000 in Nigeria, see Jumia offers.