Skip to content
You are at:Home»News»Nokia Reveals the Nokia 9 Pureview with Five Rear Cameras

HMD Global has finally announced the latest PureView smartphone. After a series of unconfirmed reports, the Nokia 9 Pureview was unveiled at the MWC 2019 held in Spain. With this device, the smartphone maker focuses on creating a unique camera.

However, before we study the features of the PureView’s optics, let look at other specs the phone has to offer.

First, the device has a body which consists of dual glass and metal. This material gives the Nokia 9 Pureview an IP67 rating for dust and water resistance.

It has a 5.99-inch P-OLED screen that supports HDR10 while offering a resolution of 2880 ×1440 pixels or QHD+. A sheet of Gorilla Glass 5 keeps the OLED display free from damage.

As in most flagship devices, the Nokia 9 Pureview has an in-display scanner. It even has a Face Unlock feature supported by Al.

Surprisingly, HMD integrated the outdated Snapdragon 845 chipset with Adreno 630 GPU in the Nokia 9 instead of the latest Snapdragon 855. However, GSMArena reports that this could be as a result of the smartphone’s camera algorithm. Another possible reason could be maybe the phone brand wanted to offer a less expensive device.

The smartphone will be available in a single colour option- Midnight Blue while it has a unique version with 6GB worth of RAM supported by 128GB expandable storage.

Now let’s discuss the camera specs of the PureView camera.

The Nokia 9 has five 12MP rear cameras with f/1.8 Zeiss lens. Both of which are RGB based while the remaining three are monochromatic. You will also find a sixth camera- Tof One that acts as a depth sensor. The entire camera assembly also consists of a dual tone LED flash.

All five lenses offer the same fixed length of 28mm. The Nokia 9 does not include an ultrawide angle or telephoto lens. It even does not feature any fancy shooting mode. Although HMD never planned on marketing the Pureview as the best smartphone camera, the device captures high-quality images like a flagship stand-alone camera.

Nokia achieved this feat by adding the images captured from all its five cameras into a single picture with an impressive dynamic range that reaches 12.4 stops of light difference as much as a camera with big sensors. Thus, the Nokia 9 PureView provides excellent depth sensing and dynamic range.

If you want to tune your RAW photos in post-processing, the Nokia 9 is optimized to handle such tasks with ease. As a result of a partnership with Adobe, the phone can edit RAW files from images captured on it. This function is possible via a free version of the Adobe Lightroom app. But you will need to install the app during the initial setup as Nokia will not preload it on the Nokia 9.

Furthermore, Nokia has also worked with Google to enable the Google Photos app to support images taken by the Nokia 9 rear cameras. Besides, the software will be to perform focal and bokeh adjustments. It will even be able to show full-length RAW files which are DNG.

As a result of the camera setup, Nokia claims the Nokia 9 can produce higher quality depth maps. Thus, the presence of better quality bokeh on the photo. This depth data is stored in the image which you can defocus with the Google Photo apps.

The Pureview can also detect when it’s on a still surface and can switch to extended shutter speeds in low light environments. The camera also allows manual control so that professional photographers can adjust the settings to their preference.

However, the video capabilities of the camera are not as exciting as it shoots 4K HDR videos at 30fps.

The Nokia 9 has a 20MP selfie camera with f/1.8 aperture. This sensor supports Tetra cell pixel binning in dark environments by adding four adjacent pixels into one producing 5MP images with reduced noise.

The Nokia 9 will run with Android One (Pie version) thus you can get frequent updates that will keep your phone secure and usable.

A 3320 mAh battery powers this smartphone. This battery features 10W wireless and fast wired charging (QC3 and USB PD). We want to add that the Nokia 9 does not include an audio jack.

The Nokia 9 PureView will be available for sale as from March at $699. Considering the impressive camera on this device, the price is quite affordable.

The Nokia 9 might be a limited edition product. Which means once the first stock has been sold out, Nokia will not produce any more. However, we do not know how many units the brand intends to market.

It would be fair to expect a Nokia 9.5 smartphone with a Snapdragon 855 chip before the end of the year. But this depends on the commercial success of the Pureview. 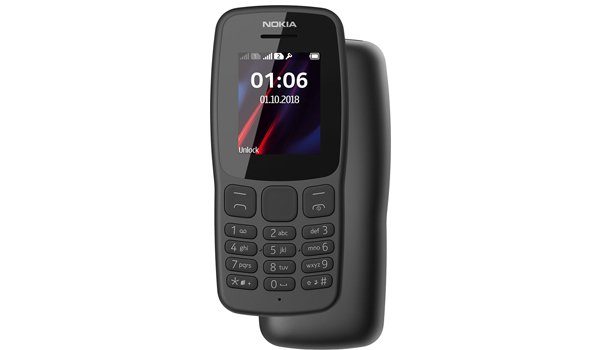