Skip to content
You are at:Home»Gaming»Man Buys Rare Nintendo PlayStation Console at Auction for $360,000 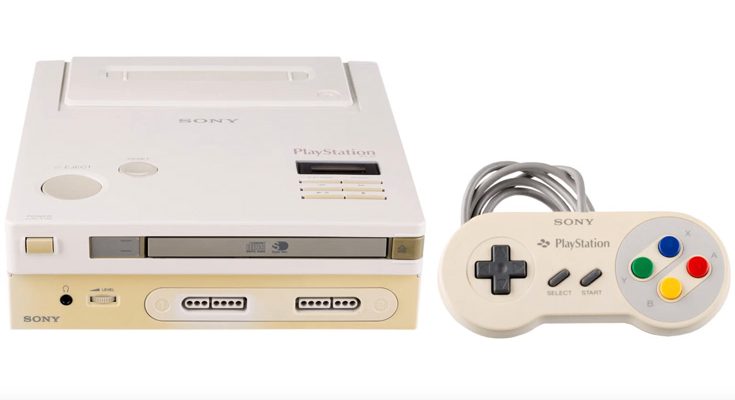 Greg McLemore the founder of Pets.com and Toys.com has won the auction of a very rare Nintendo PlayStation console that never made it to the market. Greg won the winning bid at $360,000 and wants to add the console to his collection of a private museum.

In 1991, Sony and Nintendo tried to collaborate and created 200 prototypes of the same console, but it failed eventually. The project was doomed after both companies fell out and Sony signed a partnership with Nintendo’s rival, Phillips. This eventually led to Sony having its own PlayStation console in 1994.

According to Eurogamer, the prototype was built to add CD-ROM capabilities to the 16-bit SNES, and that began Sony’s involvement is making gaming hardware.

Explaining the last surviving prototype, Velarie McLeckie, consignment director of video games at Heritage Auctions told CNN, “The other 199 prototypes purported to exist were allegedly destroyed when the partnership between Nintendo and Sony was officially severed, and, though it isn’t certain, it is entirely possible this unit narrowly missed that fate.”

According to Forbes, McLemore intends to add this rare Nintendo PlayStation console to his collection including “over 800 coin-operated machines and countless other smaller games, trade magazines and original art”, this will be his own permanent museum.

“I’m interested in sharing my passion for gaming,” McLemore says. “One of my areas of focus is the evolution of gaming, including how earlier arcade games inspired video games and how early video games influenced later innovation. I believe the Nintendo PlayStation fits in well with this focus.”

The only remaining prototype was found in the attic of a man named Terry Diebold back in 2015. Diebold bought it at an auction for $75 and left it in his attic without knowing the console’s true worth. His son found it and posted a picture on Reddit making it one of the most expensive gaming hardware in the world. Diebold claims he received an offer of $1.2 million for the console at a point in time.