Skip to content
You are at:Home»Gaming»Microsoft Reveals More Specifications of Xbox Series X 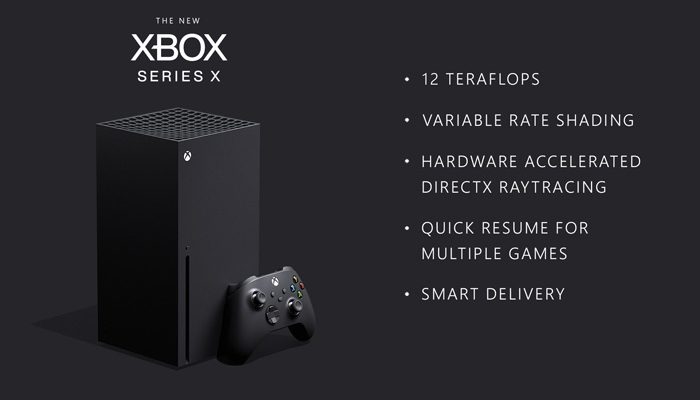 The Xbox Series X is expected to be launched holiday 2020 and Microsoft has revealed more key specifications today. Head of Xbox, Phil Spencer confirmed a host of new specifications but the biggest one yet comes in the GPU department.

According to Microsoft, the Xbox Series X will be its powerful console yet and it is built on AMD’s latest Zen 2 and RDNA 2 architectures. The console will include 12 teraflops of GPU performance which is twice that of the Xbox One X and eight times the GPU performance of the original Xbox One.

Stating how powerful the console will be, Phil Spencer shared, “Xbox Series X delivers a true generational leap in processing and graphics power with cutting edge techniques resulting in higher framerates, larger, more sophisticated game worlds, and an immersive experience unlike anything seen in console gaming.”

Microsoft has patented its own form of VRS and the company believes this will enable developers make use of the full power of the Xbox Series X. “Rather than spending GPU cycles uniformly to every single pixel on the screen, they can prioritize individual effects on specific game characters or important environmental objects. This technique results in more stable frame rates and higher resolution, with no impact on the final image quality,” Phil Spencer reveals.

There is also a hardware-accelerated DirectX raytracing which gives the next-gen console more dynamic and realistic environments. Microsoft says this is the first of its kind on any gaming console. With these impressive performances, the Xbox Series X and PS5 will perform way beyond any consoles that have ever been made if the revelations so far are to go by.

Microsoft wants gamers to play more and spend less time waiting and has equipped the next-generation console NVMe SSD enabling a flash load time in gaming. There is also a new Quick Resume feature which will let gamers instantly resume gameplay from the point the game was last suspended.

The Xbox Series X is backwards compatible up to four generations of gaming. Xbox One, Xbox 360 and the original Xbox One games can be played on the Xbox Series X. Microsoft is also bringing a Smart Delivery technology which makes it possible to “purchase a title once in order to play the best available version for whichever Xbox console they choose to play on.”

Microsoft plans to consolidate on its Xbox Game Pass gaming subscription service, the platform will continue to have first-party games at their launch. Microsoft says it will reveal more details about the next-gen console “in the coming months”, hopefully, the pricing and the exact launch date is revealed.