Skip to content
You are at:Home»Mobile»iPhone 9 Cases Making Its Way to Retailers in the US 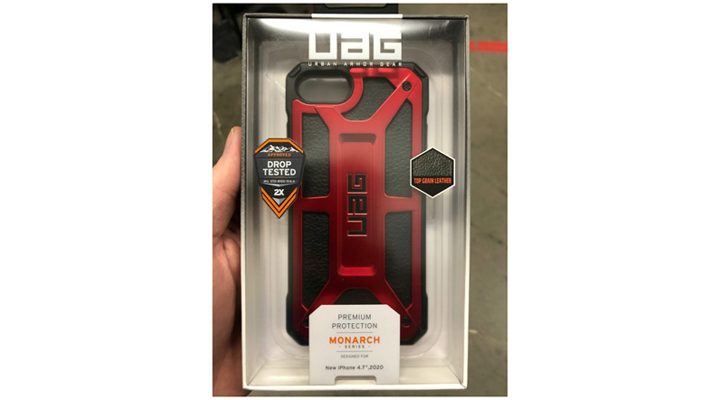 The long-rumoured successor to the iPhone SE or the iPhone 8 is closer than ever. It has been touted Apple is working on an iPhone 9 for a long time and the announcement might come this week.

Cases for a new 4.7-inch iPhone is already making its way to BestBuy and some retailers in the US but they’ve been instructed not to start listing them as merchandising materials yet, 9to5Mac reports. According to a tipster, the cases can be listed starting April 5 which could indicate an official announcement for the iPhone 9 or iPhone SE 2 is imminent from Apple.

The case which is an Urban Armor Gear protective case indicates it is specifically made for “New iPhone 4.7-inch, 2020”, it also shows the same camera cutout found on the older iPhone 7 and iPhone 8 cases.

From indications, Apple is expected to make an announcement for iPhone 9 this week and make the availability the same time the cases go on sale which is April 5. The announcement is expected to be similar to what Apple did for its recently launched 2020 iPad Pros and the MacBook Air.

As confirmed by the cases, the iPhone 9 will be coming with a 4.7-inch display but Apple is also expected to unveil an iPhone 9 Plus with it featuring a bigger 5.5-inch screen. Designs for the devices are rumoured to be similar to the iPhone 8 and they could feature a Touch ID.

The iPhone 9 will be powered by Apple’s A13 Bionic chipset, 3GB of RAM paired with either a 64GB/128GB internal memory and a single rear camera. The base model pricing is expected to retail for $400.