Skip to content
You are at:Home»Social Media»Twitter is Testing Notification Banner for Locked and Suspended Accounts 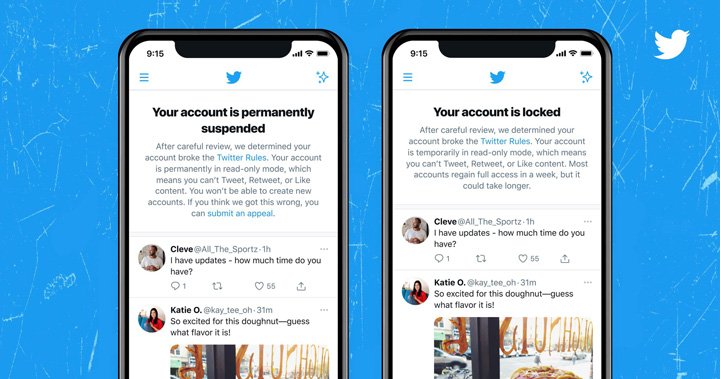 It is not uncommon for Twitter to suspend or lock accounts that violates its terms and conditions. The company announced on Tuesday that it is testing notification banners that will appear on top of a user’s feed if this happens.

If an account is permanently suspended, the user will see a notification banner at the top of the feed referring them to submit an appeal. The banner will tell the user that most locked accounts regain access back in a week.

Twitter tells TheVerge it began the test after getting feedback from users who had their accounts suspended or locked in read-only mode while attempting to tweet or follow new accounts. The test is taking place across a small group of users on iOS, Android and the web.

There is no information yet if it will be a permanent feature that will eventually roll out to everyone.