Skip to content
You are at:Home»Gaming»Shang Tsung Among DLC Characters Coming to Mortal Kombat 11 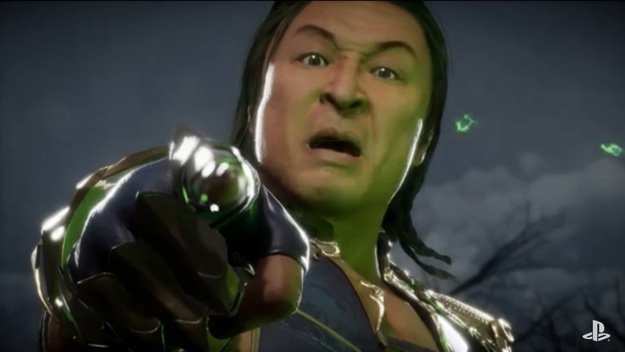 Social media is awash with a video showing classic Mortal Kombat villain and sorcerer, Shang Tsung. In the video, the character shares the face and voice of actor Cary-Hiroyuki Tagawa (who played as Shang Tsung in the Mortal Kombat movie). During a cutscene, he even screams “Your Soul is Mine” while pointing at the screen after a victorious battle.

As for moves, the veteran’s soul stealing and shapeshifting ability comes into play. In the video, he fights in the form of veteran MK ‘characters including Raiden, Ermac, and Rain. Towards the end of the battle, he adds Noob Saibot, Sub Zero and Scorpion to the list of characters which he transforms into. The video is brought to a climax with Shang Tsung performing a fatality where he summons four-armed Goro to tear his (Shang Tsung) opponent to pieces. Subscribers will have access to Shang Tsung as from 18th June.

NetherRealm has also revealed three other DLC characters including Sindel Nightwolf and a guest appearance by Todd McFarlane’s Spawn. At the end of the video, a chainsaw buzzes to the Terminator’s soundtrack making game enthusiasts to believe that Evil Dead’s Ash Williams and the Terminator will feature as the final DLC characters for Kombat Pack 1. This brings the total number of DLC characters to six.

The Kombat Pack offers one-week early access to DLC characters, exclusive sets of gear and character skins. Furthermore; the video shows a Klassic Arcade Ninja Skin Pack that has 18th June as its early access date. The Kombat Pack will be sold either as a standalone for $39.99 or as a part of Mortal Kombat 11’s premium edition for $39.99.