Skip to content
You are at:Home»Mobile»Samsung Galaxy M21 Mid-Ranger Announced with 6000mAh battery and 48MP Camera

Not only did Samsung announce the Galaxy A41 in Japan it also announced a fellow mid-ranger Galaxy M21 for the Indian market.

Samsung Galaxy M21 ships Android 10 out of the box and it’s powered by the in-house Exynos 9611 chipset with either a 4GB/6GB RAM and up to 128GB internal storage.

In terms of display, it comes with a 6.4” Super AMOLED FHD+ display. The display comes with a waterdrop notch which houses the 20MP selfie camera and at the back is a triple camera setup of a 48MP main shooter, 8MP ultrawide and a 5MP depth sensor.

It is powered by a monstrous 6000mAh battery capacity that supports 15W charging. It comes with a 3.55mm audio jack and at it has a rear-mounted fingerprint scanner.

It will hit the shelves May 23rd with a Rs.13499 starting price for the 4GB/64GB base model from Samsung, Amazon and select retail outlets. 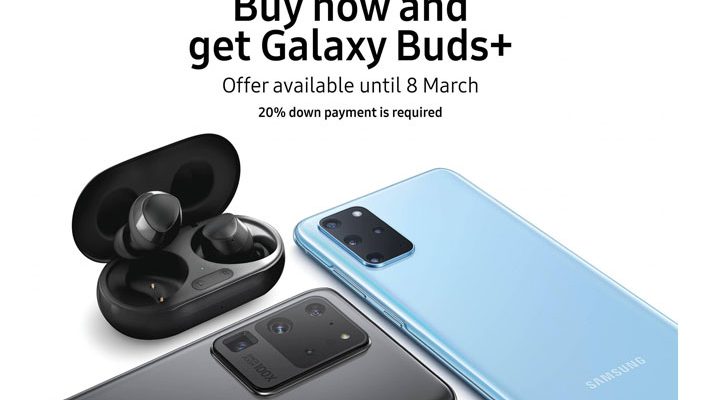