Skip to content
You are at:Home»Gaming»Top 5 Best Offline Shooting Games for iPhone in 2020 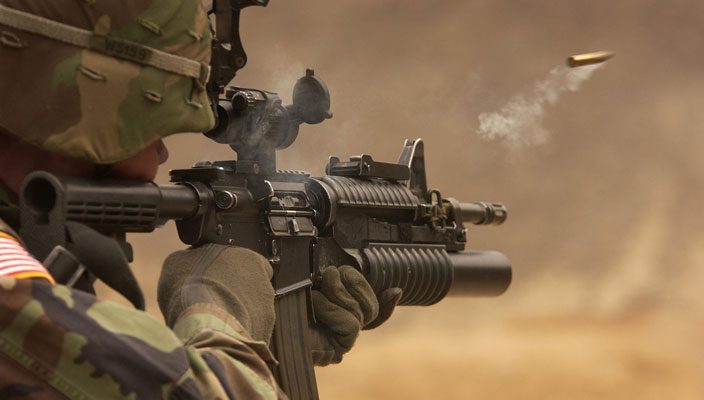 If you’ve been looking for the best offline shooting games for iPhone then you are in the right place. The iOS is a great OS with smooth user experience, but most of the apps on this platform require an internet connection to function, unlike the Android counterpart which is more flexible. You should check out the best offline shooting games for Android.

You get bored sometimes and just want to play around with your phone, what if you could play a game that brings you back to life without even needing an internet connection?

Sit back and read as we provide you with the best offline action games for iPhone right now. No WIFI connection needed.

Not only is it one of the games on Android, but NOVA legacy also delivers on iOS. This FPS offline game stars Kal Wardin, a retired N.O.V.A who has been summoned once again to defend the Colonial Administration forces.

Aided by Yelena, Kal’s personal AI agent, the hope of humanity rests on his shoulders and he must protect against alien invaders.

NOVA Legacy is primarily offline but should you decide to go multiplayer, you will require an internet connection. Download here.

If you are familiar with The Walking Dead series on TV then Dead Trigger 2 is not far off. You have to fight off the zombies in an apocalyptic world. With so many arrays of weapons to choose from, you have no option than to survive.

This game features one of the best gaming graphics on iOS. Explore varied locations and kill the undead in diverse environments ranging from the deserted mines of Africa to the alleyways of Shanghai. The apocalypse never looked so good! Dead Trigger 2 has 600 gameplay scenarios including solo campaigns and global missions.

It’s offline but updates are released which requires an internet connection if you want to update. Download here.

The people need hope and mankind needs a saviour badly. The future looks grim, dark and the oppress faction wants everyone to surrender and obey. Humanity needs you more than ever, are you equal to the task?

Within 8 environments, more than 60 battlefields, 4 game modes and 30 adrenaline-pumping guns, Overkill delivers one of the best offline shooting games for iPhones as never seen before.

Though released in 2011, this game still remains one of the best shooting games for iPhones till date.

An open World game like Red Dead Redemption 2 set in Wild West Arizona, Buck Corosshaw is now an outlaw who faked his own death in order to escape to Arizona. You play as Buck Crosshaw who gets to Arizona only to meet another evil. He must overcome robbers, degenerates and vampires in order to survive.

The Hitman franchise has same theme over the years. You play as Agent 47, one of the deadliest assassins in the world. Take out enemies from long range using snipers. There are more than 150 missions and 11 contract jobs to carry out.

There you have it, these are the best offline shooting games for iPhone. Is there anyone you think we left out? Drop comments below.