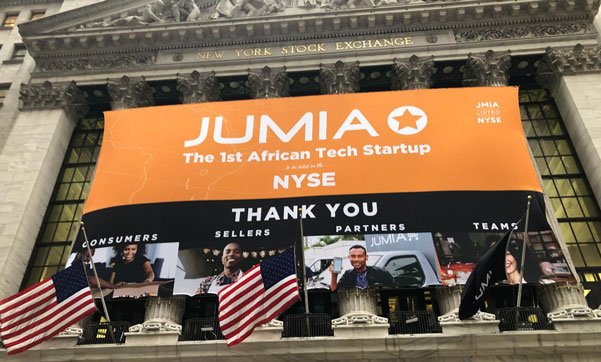 Last week, African e-commerce startup, Jumia listed on the New York Stock Exchange. It began trading at $14.50 with the ticker symbol JMIA. According to TechCrunch, this move comes weeks after Jumia’s Sacha Poignonnec confirmed the IPO to the blog and the startup submitted SEC documents.

This makes Jumia the first African startup to be listed on a major global exchange.

According to the blog, about $50 million in Jumia ordinary shares has been pre-purchased by MasterCard Europe.

The IPO stands as another groundbreaking event for Jumia. In 2016, the internet venture was the first African startup unicorn to record a $1 billion valuation after a funding round that included top names such as Goldman Sachs and MTN.

There is a lot to process on Jumia’s move to go public. Known as the “Amazon of Africa,” the company has a mixed buzz like the American brand. Looking at Jumia’s SEC F-1 prospectus, we can have a better understanding of the African startup.

With support from Rocket Science, Jumia was founded in 2012 in Lagos. Today, the firm oversees various online services in 14 African countries. Its services include Jumia Deals, Jumia Food, Jumia Flights, and Jumia Deals. According to data from the venture, Jumia handled at least 13 million packages in 2018.

Nigerian tech entrepreneurs, Tunde Kehinde, and Raphael Afaedor were the original co-founders of Jumai. However, they left the business in 2015 to pursue interests in fintech and logistics.

With Nigeria as its base, Jumia created many of the components of its digital sales network. These operations include JumiaPay payment platform and delivery service with its trucks and motorbikes becoming a regular feature on Lagos roads. The company has extended its system as an e-commerce solution called Jumia Services.

The company has also offered African traders the chance to get involved by allowing them to sell online. In a report from TechCrunch, Jumia Nigeria CEO Juliet Anammah said that the company has 80,000 active sellers on the platform using Jumia’s numerous services. She also noted that favorite goods on Jumia’s shopping site included electronics, fashion items, smartphones, and women’s hair care product

As with Amazon, Jumia has its share of support and criticism. For instance, the industry doubts its an original African startup. This is because the Jumia Group is incorporated in Germany while its current CEOs are from France.

However, the original co-founders were Nigerian. Also, the company has its headquarters in Lagos, operates and employs a large workforce in Africa. It even has a pays taxes on the continent while the CEO of its most massive operation is Nigerian.

Also, the debate about the African outlook of Jumia brings up questions about Jumia’s diversity deficit. The startup’s senior management and board include a selection of individuals drawn from Africa and other continents. In related news, famous athlete and investor, Andre Iguodala joined Jumia’s board this year to encourage “diversity and make sure the African culture is in the company,” in an interview with TechCrunch.

This comes as one of the biggest questions the startup has to face. However, most of the world’s top investors such as Goldman, AXA, and Mastercard believe that Jumia will generate profits and ROI. While critics feel significant losses are apparent. This is because the internet startup recorded years of losses especially negative EBITDA of €172 million in 2018 compared to revenues of €139 million in the same period.

This is no surprise as most e-commerce startup record losses for a long time before they get on their feet. Also, it had to handle higher costs than an average e-commerce startup elsewhere due to the creation of a surrounding network that supports B2C online sales.

Regarding the chances of Jumia generating profits, there are two highlights to watch closely – Jumia’s fulfilment expenses and its move to achieve increased revenue from its non-goods delivery services which promise fewer costs and higher margins.  According to the documents filed with SEC, freight and shipping made up a more substantial part of fulfilment expenses.

Even if the company has not generated profit, its revenues have risen sharply at 11 percent to $106.2 million in 2017 and $147 million in 2018. The company can close the gap between revenues and losses if it reduces fulfilment expenses and increases customer acquisition. This is possible via more internet services revenue and platform investment with IPO capital. However, we will have a better understanding of its chances at making profits when it releases its first full public financials this year

Jumia’s IPO also draws our attention especially as it’s related to global e-commerce and the business of online retail in Africa.

The listing of the company on the NYSE comes at a time when Africa’s e-commerce space has recorded numerous successes and failures including the shutting down of Dealdey and acquisition of Konga.com. Also, top online marketplaces such as Alibaba has plans for expanding into the continent while Amazon provides AWS services. DHL has even gone into partnership with MallforAfrica to launch a platform with 200 global retailers.

According to McKinsey, the competition to dominate Africa’s e-commerce space will cost $2 billion. Also, the rivalry will become intense with more action from global brands.

Surprisingly the result of IPO will mean a lot to its potential rivals as an e-commerce exec said ” “Many things, like business decisions and VC investments across Africa’s e-commerce sector, are on hold,” in an interview with TechCrunch. He also added that “Everyone’s waiting to see what happens with Jumia’s IPO and how they perform.”

This means that the share price of the Pan African firm will indicate both its investor confidence in the company’ s performance and African e-commerce space. 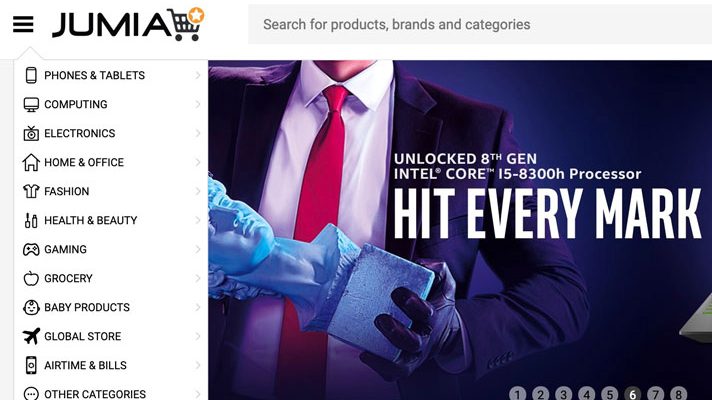 Jumia Electronic Shock Promo: Get 34% off on UMIDIGI Smartphones

You Can Now Purchase Xiaomi Phones On Jumia Exclusively