Skip to content
You are at:Home»Entertainment»Where and How to Watch Game of Thrones Season 8 Online

“There is only one war that matters, and it is here.” If you’ve never heard about Game of Thrones now you are probably living under a rock. One of the most watched and talked about series, the HBO show is in its final season and it premieres today, April 14. Here, you will find out how to watch Game of Thrones Season 8 online and all you need to know about the episodes.

Season 7 set in motion for a grand finale which will shake things up with the Army of the Dead marching against all the living from North of the Wall. The battle for the Iron Throne is still on but the Night King’s Army must the defeated before this is even possible. If you are a true Game of Thrones fan, you should definitely check out these awesome wallpapers and adorn your desktop screen with them.

What Time will Game of Thrones Season 8 Start Showing?

For those in the United States, you can tune in to HBO from 9PM Eastern time today Sunday. For those in the UK, there is a time difference and it will be shown April 15, 2AM. In West Africa, it is also 2AM, April 15.

Keep in mind there are only 6 episodes this time and HBO has increased the running time, see episodic details below.

How to Watch Game of Thrones Season 8 Online

Mark your time now and free up your schedule. Thankfully, there are many streaming services where you can watch the show online.

Game of Thrones is an HBO show, so its expected of course their streaming service has full access to the show. Whatever device you have, be it your smartphone, tablet, Roku, Chromecast, Xbox, PlayStation, Android TV, Windows PC or Mac, you can watch with HB Now. Subscription comes at $14.99 monthly but there is a 7 days trial for new subscribers. To access this service, just visit the HBO website on any of your device and login to your account. Sit back, relax and watch the show live as it streams.

HBO Go is free and only available to US residents. All you need is an active HBO subscription on your cable or satellite TV package. HBO Go has an app with which you can watch all Game of Thrones episodes as well as the new Season which premieres today.

Hulu is a popular streaming service which is well known worldwide. All you need is an active Hulu subscription after which you will need to add HBO as an add-on at a monthly cost of $15, this will give you access to watch Game of Thrones season 8 online. Hulu works in the US and Japan but you can use a VPN to bypass this restriction if you reside in another country.

Showmax has no restrictions and is available worldwide. You can catch up with previous Game of Thrones seasons and episodes, stream the new ones as they air live on Showmax. There is a 14-day free trial but an active monthly subscription costs $7.99.

If you own a PlayStation console then you can subscribe to Sony’s Vue. There are many plans to choose from but the Ultra Bundle plan is the one offering HBO and it costs $80 monthly to subscribe. If you are already on an older plan, you have the option to add HBO as an add-on for an extra cost of $15 monthly. 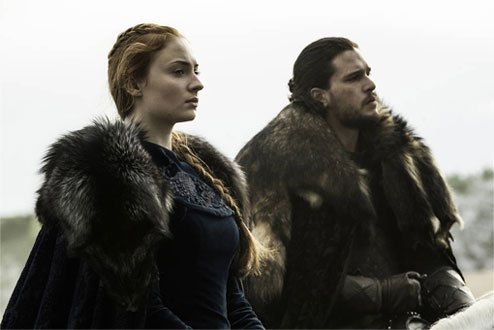 Game of Thrones Season 6 Episode 9 Review: Battle of the Bastards