Skip to content
You are at:Home»News»Is Google Trying To Replace Android OS With Fuchsia OS? 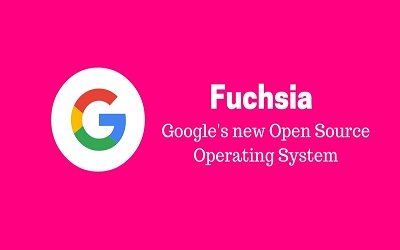 After Google had saturated more than half of smartphones in the world with its Android OS, It seems the IT giant is working on introducing another Operating System. The new OS named Fuchsia is said not to be built on Linux kernel which was used in previous OS designed by Google.

Instead, it is built on Magneta which is believed to be more lightweight than Linux. Rumour  also has it that the OS is scheduled for released in 2017 but the funny thing is that Google has not made any comment on the OS, even though a source claimed that the source code has been made public.

This budding OS is also expected to be able to run on all gadgets–ranging from wearable gadgets to smartphones and computers. Thus, making it an OS that will unify all gadgets and perhaps, this is the reason people are suggesting Fuchsia will replace Android and Chrome OS.

My only concern about this new OS is that, if it going to replace our beloved Android OS, it should be a replacement that will add more flexible and security to our smartphones, and not increase the complexity of using our phones.