Skip to content
You are at:Home»Reviews»Game of Thrones: Season 6, episode 5, “The Door”: Hodor takes centre stage 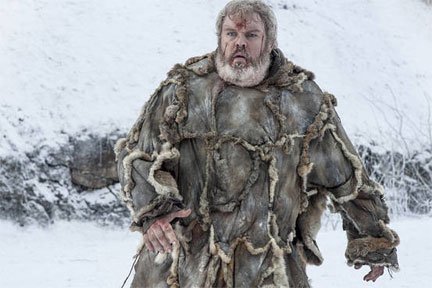 The moment we’ve finally been waiting for, Hodor’s big moment came but he lost his life in the process and we now know what he always meant by ‘Hodor’. “Hold the door! Hold the door! Hold the door…Hodor, Hodor” was all Hodor could chant when he got killed trying to protect Bran from the legion of White Walkers that invaded the Three-Eyed Raven’s house.

In his usual flashbacks, Bran overdid himself when he found himself amongst the White Walkers where the Three-Eyed-Raven wasn’t there to help him. The White Walker’s king touched him and it reflected when he came back from the time travel. According to the Three-Eyed Raven the Night’s King now knows his location and will be there in any moment to kill him. Bran travel back in time again but he couldn’t return in time when the White Walkers invaded. Still in his flashback amidst the battle going on with the walkers, Hodor, whose name is Wylis suddenly suffered a seizure and fell down in the courtyard at Winterfell with chants of “hold the door!” at the same time holding off the Walkers at the door in reality from getting to Bran and Meera.

Hodor died a hero, a gentleman as well. We will never see another Hodor in these modern times.

This is a tribute to our dear friend Hodor, he might not be a major character in the show but he was loved by everyone. A lot happened in this episode, from the origin of the White Walkers to more tities and finally a penis being shown…trust me, you all need to see this episode.