Skip to content
You are at:Home»News»Exynos 990 SoC Announced by Samsung with 120Hz Display Support

Samsung has announced a new Exynos 990 chipset barely two months after announcing the Exynos 980. The new chipset supports up to 120Hz refresh rate for display and up to six cameras with a maximum resolution 0f 108MP.

The processor is built on Samsung’s 7nm EUV process which comes with a Mali-G77 GPU that is 20% faster and efficient than its predecessor the Exynos 9825.

According to TheVerge, the new chipset is targeted at a different market since it doesn’t come with an inbuilt 5G modem. Primarily it is suited to 4G devices but can be used on 5G smartphones if it’s paired with a separate modem like the newly released 5G Exynos Modem 5123.

The new 5G modem is also built on the same 7nm EUV process and it supports the two 5G types – sub-6GHz and mmWave. For internet connectivity, it supports a download speed as high as 5.1Gbps on sub-6GHz and up to 7.35Gbps on mmWave.

Samsung has not stated the phones it will be shipping with but it is expected to come with the Samsung Galaxy S11 early next year. Samsung makes the Exynos chipset for its devices released in the Middle East and Africa meaning the US or Chinese market won’t be getting this 5G Exynos Modem 5123 since the Galaxy devices launched there comes with Snapdragon chipsets. 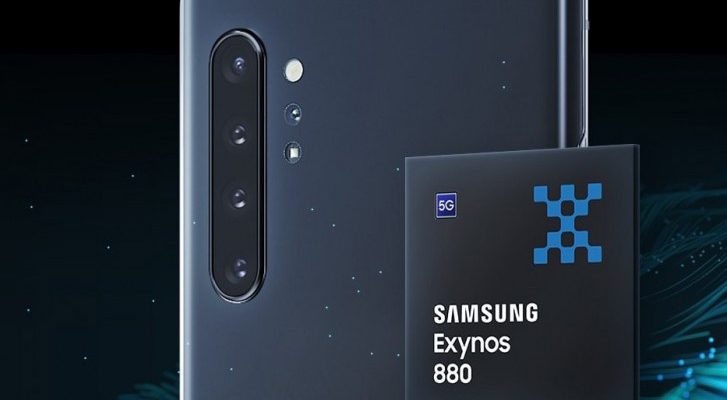