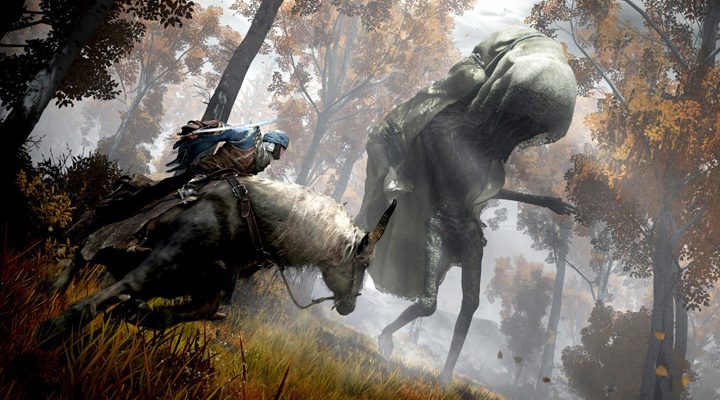 Elden Ring is coming January 2022 to the PlayStation 5, Xbox Series X/S, Xbox One, PS4 and PC. The much-awaited collaboration between FromSoftware and A Song of Ice and Fire writer George R.R. Martin was revealed today by Geoff Keighley at the Summer Fest Game 2021 Kickoff Live Event.

The gameplay trailer shows a landscape and fantasy world associated with Dark Soul games with a lot of fighting and action on horseback. We see many ruins, boss fights, giants and dragons typical of FromSoftware in a genre-defining RPG. According to publisher Bandai Namco, those who purchase Elden Ring on PlayStation 4 will get a free PS5 upgrade and it will also support Smart Delivery across the Xbox Series X/ and Xbox One.

First revealed at E3 2019, not much has been known about Elden Ring since then. With the release date edging closer, we will most likely get another gameplay trailer soon.