Skip to content
You are at:Home»News»Apple Refreshes Top-End MacBook Pros with Improved Keyboard and Faster CPUs 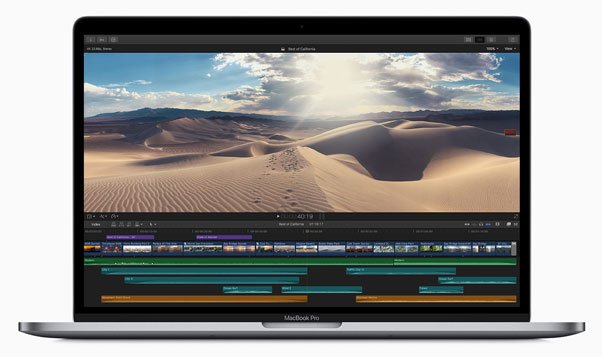 Apple has announced the latest specs for its 15-inch and 13-inch MacBook Pro variants. This includes faster Intel processors and improvements to the heavily criticized keyboard of the MacBook.

Concerning the 13-inch Touch Bar, the base model offers a 2.4GHz 8th Gen quad core I5 processor that can turbo boost to 4.1GHz. Another iteration provides a quad-core i7 processor which turbo boosts to 4.7GHz.

The rest of the specs for the two MacBook Pros will otherwise remain unchanged: they will have the same GPUs and integrated graphics options, memory offers, and design. Importantly, Apple said that it hasn’t significantly changed how these laptops handle thermals, which has been second only to the MacBook’s keyboard as a contentious issue among users.

However, both MacBook Pros will maintain the original GPUs, integrated graphics options, memory, and design. Apple also revealed that it hasn’t significantly tackled the thermal issue that plagues most MacBook notebooks. However, the keyboard flaws observed on these laptops have been handled by building the mechanism with new material.

Surprisingly, other features such as the 2018 MacBook Pro refresh will be available on Touch Bar models. With this in mind, 13-inch MacBook Pro without Touch Bar will not offer the refresh option. Instead, it will maintain the older dual-core 7th Gen Intel chips and the infamous second-gen keyboard featured on this device seen since 2017.