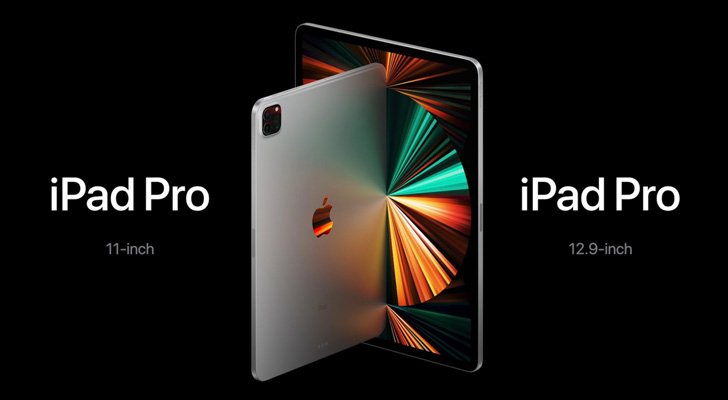 Apple’s transition to having all its product’s running its M1 chip continued today with the addition of its new iPad Pro models. The new iPad Pro comes in 11 and 12.9-inch sizes with the bigger model featuring a new Mini LED display.

Apple says the new iPad is its “most powerful and advanced iPad Pro ever.” The iPad Pro is powered by a new 8-core M1 chip which delivers up to fifty percent faster CPU performance compared to last year’s iPad Pro models. The processor also delivers a forty percent faster GPU performance and “a next-generation 16-core Apple Neural Engine, an advanced image signal processor.” The M1 chip also increases battery efficiency with the Wi-Fi models offering up to 10 hours of battery life while the Wi-Fi + Cellular models deliver up to 9 hours of battery life.

For the first time ever, 5G comes to the iPad Pro with the US models offering the mmWave strand. Apple says users can expect up to 4Gbps internet speed which means high quality streaming, real-time collaboration and better FaceTime video transmission. The iPad Pro can now deliver up to 40Gbps bandwidth in wired connections thanks to its support for Thunderbolt 3 and USB 4. The iPad Pro also supports eSIM technology.

Apple has improved the camera on the new iPad Pro models with the TrueDepth system now featuring a new 12MP Ultra Wide front camera which brings Center Stage. Apple says “Centre Stage uses the much larger field of view on the new front camera and the machine learning capabilities of M1 to recognise and keep users centred in the frame. As users move around, Centre Stage automatically pans to keep them in the shot. When others join in, the camera detects them too, and smoothly zooms out to fit everyone into the view and make sure they are part of the conversation.”

Apple’s iPad Pro now supports the new PS5 DualSense wireless controller as well as the Xbox’s controller. Support for Appel Pencil and the Smart Keyboard Folio remains as well as the Magic Keyboard which Apple now offers in a “gorgeous new White colour.”

Pre-orders begin Friday, April 30 and they will be available second half of May.