Skip to content
You are at:Home»Tips & Bits»Raspberry Pi 4 — Specs, Price, Release Date, and Other Things to Know 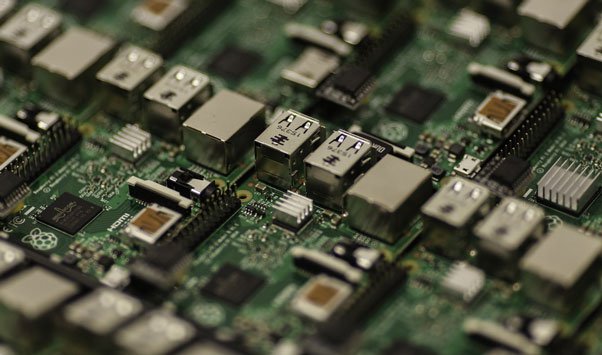 Although the Raspberry Pi Foundation — domiciled primarily in the United Kingdom — has released new products as recently as this year, the design of the third-generation technology that powers these devices can be traced back to 2016. This leaves a pertinent question on the minds of a bevy of Pi fans and customers: What is next?

Few weeks ago, Tom’s Hardware had a chat with Eben Upton, who is Raspberry Pi Creator and present CEO of Raspberry Pi Trading (the commerce unit of the organization). In the session, Upton discussed Raspberry Pi 4, stating details on its name, likely release date as well as the number of size of the process technology the upcoming single-board computer may use.

Based on the information about the RPi 4 alluded to him, we can state the device seems to still be in the planning phase; however, the foundation also has big ambitions for the product. Below, we have highlighted all you need to know so far about Raspberry Pi 4.

The Device Will Be Named Raspberry Pi 4

From Apple skipping the name iPad to iPad 2 and coming back again to iPad to Microsoft jumping straight from Windows 8.1 to Windows 10, the world of technology is full of corporations which try to obscure the real model numbers of their products. But Raspberry Pi Foundation isn’t among such companies as Eben Upton has confirmed the next-generation Raspberry Pi will actually come with name, Raspberry Pi 4, not something that sounds ludicrous like the Pi Vista or Pi X. Upton said: “it would be insane not to call it that.”

Specs of the Raspberry Pi 4

The most obvious improvements are those that you will surely get in the upcoming RPi 4. Upton stated that “I think everyone’s wish list for the product looks the same: more processor, more RAM, faster network [and] faster non-multimedia I/O.” At the moment, the RPi’s specs are limited to a maximum of 1 gigabyte of RAM, a 1.4-GHz quad-core ARM Cortex-A53 CPU (on the 3A+ / B+) as well as a USB 2.0 bus. Not surprisingly, the majority of Pi fans are looking forward to a bigger RAM in the region of 2GB or 4GB and being able to attach peripherals, which can work over a minimum of USB 3.1 Gen 1, if not USB 3.1 Gen 2. Also, a faster processor is a big plus.

Concerning networking, the best Pi provides currently is dual-band 802.11ac as well as Bluetooth 4.2 support (which is quite OK); however, the speed of the Ethernet maxes out at 300 Mbps owing to the USB 2 bus.

Designing a new Raspberry Pi will take some time partly because the company will need to switch from its tried-and-tested 40nm CPUs to a process node that is smaller for gaining performance.

“What you’ve seen us do with Pi is, with the three and half generations that we’ve done, add progressively larger ARM cores to the side of a basically-fixed 40nm system design,” Upton explained. He added that “we could keep putting larger ARM cores on the side, but what you’d find is that we couldn’t afford the energy involved in toggling all the transistors that are in those cores so you’ve kind of reached a performance maximum for that process node.”

Also, he believes the present 40nm architecture does not have the capability to address more than 1GB of RAM and must employ old-style LPDDR2 memory.

Upton informed Tom’s Hardware that he and his team are yet to decide on a process node. He is of the opinion that opting for 28nm is feasible, but shrinking all the way to 7nm might be a long shot. It is difficult having an affordable 7nm platform, which will offer support to 3.3-volt I/O as Raspberry Pi requires, he explained.

He said, “on smaller process geometries it gets harder (or at least more costly) to manufacture inputs that can survive having 3v3 applied to them, or outputs that can drive to 3v3”. But the final process node might lie in the neighborhood of 28nm and 7nm.

Ever since it was released 7 years ago, the RPi has aimed for and achieved a product price that is not over $35. Through a lot of years as well as generations, the top-of-the-line Pi has consistently gone for an MSRP (manufacturer’s suggested retail price) of $35 or an amount close to that in pounds (presently £34 for the Pi 3B+).

Eben Upton states the foundation needs to stick with this price for the RPi 4, in spite of a number of changes in the value of money over time.

Release Date of the Pi 4 — Not Coming This Year

If you are those Pi fans that have been anticipating a new Raspberry Pi 4 in 2019, you will be disappointed to hear that there’s no way it won’t launch earlier than 2020.

“I don’t have a route to do something this year,” Upton averred. “I think we kind of understand what feature set we want [and] what would be involved in getting that feature set. I don’t think we have a defined plan for turning that into a product yet.”

We look forward to the release of this single-board computer next year so we can reel off further details about its specs, price, and availability.

Related: Micro USB vs USB Type-C: The Differences and Advantages