Skip to content
You are at:Home»Mobile»Motorola Announces Moto G8 Power Lite with Helio P35 and 5,000mAh 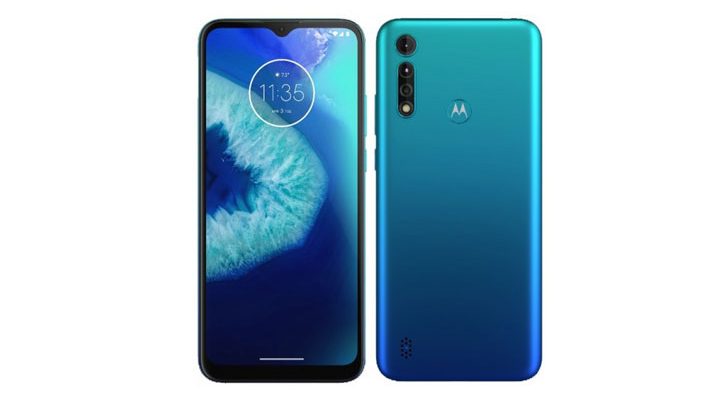 Moto G8 Power Lite has a 6.5” Max Vision IPS LCD display with a 20:9 aspect ratio. It has an HD+ resolution and it comes with a waterdrop notch which houses the 8MP selfie camera. At the back, it has a triple rear camera setup with a 16MP main shooter, 2MP macro sensor and a 2MP depth sensor. Its fingerprint sensor is also positioned at the back with the Motorola logo emblazoned on it.

The device ships Android 9 and is powered by a MediaTek Helio P35 SoC. It has a 4GB and a 64GB internal memory which can be expanded up to 256GB via the microSD card slot.

In terms of power, it comes with a 5,000mAh battery but unfortunately it is charged via a microUSB port which only supports 10W.

Motorola G8 Power Lite is available in Turquoise and Blue colours with a retail price of $185. It will be arriving in Germany and Mexico first before getting to Latin America, Europe, Asia and other markets.