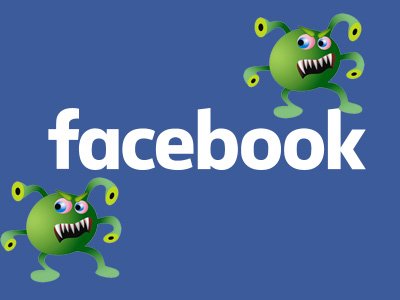 A new unnamed malware bot has been reported to  successfully penetrate Facebook Messenger platform this week and it is spreading online like wildfire.

You might think this is not a new thing because you might have experienced malware attacks in the past but to be sincere with you, this new one is stronger than most malwares ever experienced on Facebook.

The malware is reported to have affected 10,000 Facebook users whom are tricked to installing it in as extension in their browsers.

Proven Impacts of this Malware on Victims

The following are the serious impacts that have been reported;

How the Malware Spreads

The Malware spreads by notifying victim that their friends mentioned them on Facebook and asking them to click a link to the mentioned page.

But instead of taking them to the page, the link would install a Google Chrome Extention which has scripts that can hijack victim’s Facebook Account.

This malware was first report by Kaspersky Lab (An anti-virus maker) and it was reported that the malware has the capability to block most anti-viruses internet security. Thus making it hard for anti-viruses to protect users against the malware.

Kaspersky has advised computer users to update their anti-viruses and do a thorough scan of their computers.

As a personal advice, I would advise you not to click any suspicious link sent to you through any channel especially if you are using Facebook on Google Chrome Browser.

Android and iOS users are reported to be safe but PC and windows Phone users are the vulnerable users.

A widespread report also claim that efforts are in place to slow down the rate of spread; so please don’t press the panic button if you fall into the category of vulnerable users.

In the meantime, scanning your computers and phones for viruses and being mindful of links you click on your Facebook site or messenger application might be the only way for all Facebook users to be on a safe side.