Skip to content
You are at:Home»Mobile»TECNO CAM* ERA: The Journey of TECNO Camon Series 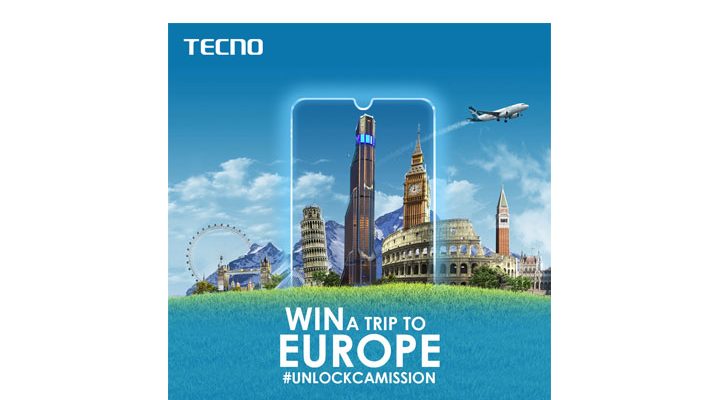 Camera is one of the key features people are enthused about when making a buying decision. As the phones in the TECNO Camon Series are all about photography, they are some of the most affordable camera smartphones you will find in the Android market, today.

This assertion is even more accentuated when you consider the features of their front-facing cameras — robust, AI-powered, and crystal-clear. Over the years, these front-facing shooters have witnessed tremendous improvements. This has helped the Transsion sub-brand rise to fame in Africa’s Android market.

But how did the journey of the Camon series start? Our focus will be on

Let’s take you back memory lane to the genesis of the Camon series. In 2015, TECNO unveiled the Camon C8. The phone packed a 5MP selfie camera, armed with front-facing LED flash, which could capture great photos and record videos in low-light.

The ERA of super clear Selfies

Its successor, the TECNO Camon C9, entered the market about a year later. The handset took off where its predecessor stopped, featuring more than twice the camera quality. It had a 13MP front-facing selfie cam (with an LED Flash), coupled with other capabilities, such as deep skin beautification technology — all of which were aimed at producing those stunning pictures.

Soon after that launch in March 2017, the TECNO Camon CX was introduced, coming as the sequel to the Camon C9. But it just didn’t feature one LED flash like its older siblings, but 4 LED flash to brighten your photos, shot in low-light. Its selfie cam also had a massive improvement to 16MP, in addition to a number of customized filters.

The TECNO Camon CM, in January 2018, was released as the 1st smartphone from the manufacturer to sport the trendy 18:9 aspect ratio. This phone also got a 13MP front-facing camera with an LED flash. But that wasn’t the end of the Camon Series in 2018 as TECNO stunned us with the unveiling of the Camon X and the X Pro.

The TECNO Camon X came with a 20MP selfie cam, whereas the X Pro model took it up a notch higher with a 24-MP front-facing camera with a dual-LED flash. The pictures delivered by these 2 phones were simply captivating.

The Camon 11 and the 11 Pro pioneer the era of TECNO’s dual rear cameras. The Camon 11 is equipped with a 16MP selfie shooter with Flash, Face ID, and AR Emoji. And its rear cam is a dual 13MP+ 2MP with Quad Flash.

The Camon 11 Pro is the better and upgraded version of the Camon 11, featuring a 24MP Front Camera with Flash, Face ID, and AR Emoji. The rear camera setup comprises Dual 16MP+ 5MP with Quad Flash. These are massive upgrades over the earlier phones in the Camon line

A New CAM* ERA is Coming

There are rumours of a new Camon smartphone that will redefine smartphone photography — ushering in a whole new Cam*era. Apart from the camera that we all know will be exceptional; it would be interesting to see improvements this handset brings in other specs.

The upcoming Camon smartphone is being touted by TECNO as the best any angle camera which will focus on super wide-angle photography, incredible low-light, and super clear macro photography.