Skip to content
You are at:Home»Mobile»itel P33 Plus Released in Nigeria: Full Specs and Price 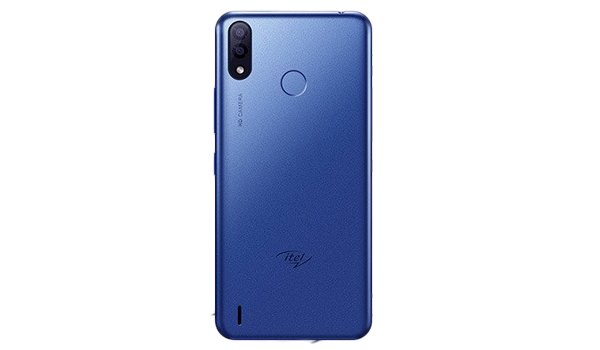 P33 Plus launched alongside the itel P33 with a handful of improved features compared to its sister device, including slightly bigger battery capacity and a slightly bigger display. Apart from these 2 specs, both devices offer the same capabilities and features, with features like dual rear camera system and the MediaTek MT6580 SoC paired 1GB of RAM & 16GB of expandable internal storage, not left behind.

The P33 Plus is equipped with a 6-inch IPS LCD, user interface 3.0, 8MP + 5MP dual rear cameras, and will be sold in 3 colours — Gold, Blue, and Black. It is designed with a fashionable gradation blue colour. According to itel Mobile, the latest smartphone will be available on the Nigerian market on April 1 for around ₦26,000. It features AI Power Master for enhanced phone battery life.

itel P33 Plus Design and Display

Like the P33, the Itel P33 Plus also has a plastic back with the same dual-camera system and a fingerprint sensor, mounted at the usual spot. Its color options include Gold, Blue & Black. If you flip the phone over to the front, you will see the 6-inch IPS LCD that offers an aspect ratio of 18:9. At the top of this phone bezel, the 5-megapixel selfie camera stares at you warmly. The P33 Plus also comes with a dual SIM slot as well as a dedicated SD card slot, which is meant for internal storage expansion.

itel P33 Plus Hardware and Software

The Itel P33 Plus, like its sibling, also draws power from the MediaTek MT6580 SoC — a Quad-core chipset that is clocked at 1.3 gigahertz (GHz). This component is paired with a Mali 400 MP2 GPU, 1GB of RAM, and 16GB of ROM, expandable up to 32GB with the microSD support. This phone OS is the Android v.8.1 Oreo Go Edition.

The dual camera setup at the back of the Itel P33 Plus is just like that of the P33, consisting of a primary 8-megapixel snapper with an f/2.2 aperture as well as a secondary 5-megapixel sensor for taking portrait shots. This feature is paired with LED flash which you will find handy for making low light photography; the cameras can also record 1080p videos at 30fps. The front-facing selfie module is a single 5-megapixel camera with an f/2.0 aperture and the AI face recognition option. It can record 1080p videos at 30fps.

This phone’s 5000-mAh has a bigger capacity than that of the P33. It also has no fast charging support or 4G LTE Connectivity. However, it features 2G/3G, GPS, WiFi, Bluetooth, WiFi hotspot, a 3.5mm jack, along with a micro USB port that allows USB On The Go.