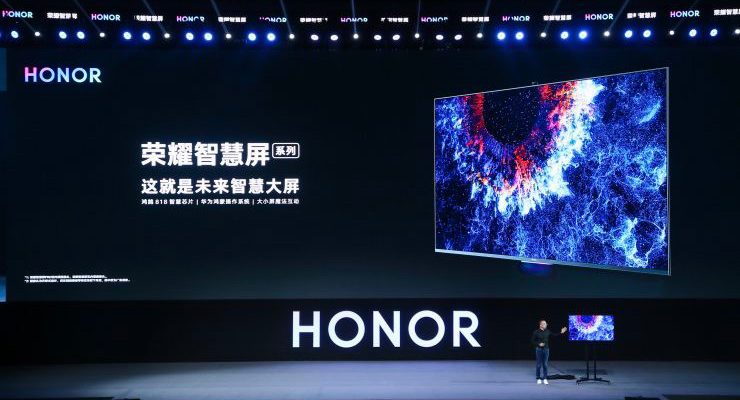 Last Friday, Huawei finally launched its own OS named the HarmonyOS or HongmengOS. This happened amidst the war trade between the United States and China after the Chinese tech giant was banned from using American technology in its products. The company has now unveiled the first product to debut its new OS, the Honor Vision smart TV series and plans to use the OS across its other products ranging from smartwatches to smartphones, speakers and in-vehicle systems.

After being banned from using Google products including the Android OS, Huawei released its own HarmonyOS as a backup plan should the ban remained irreversible. Huawei is on Washington’s Entity List which means the company cannot do business with American firms unless a special license is granted.

Huawei says it plans to “create a one-stop-shop for TV series, variety shows, movies, music, animation and more”. The intelligent Display chipset is equipped with Family Note Function which allows users to transfer 600M images between their smartphone and display in 20 seconds, a speed that is 100 times faster than transferring via Bluetooth.

According to Richard Yu, CEO of Huawei’s Consumer Division, the company would still prefer to be using the Android OS on its smartphones but the situation with Google remains unclear, however, if this is not possible, the company would switch to its own HarmonyOS “immediately”.