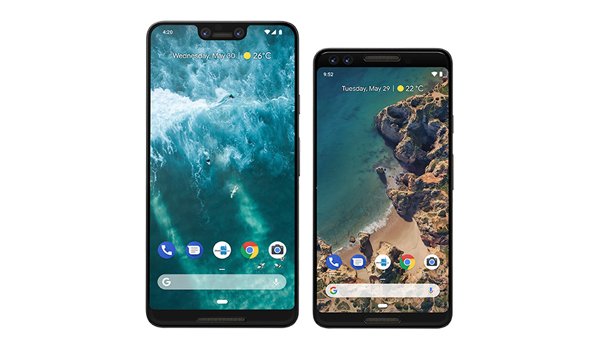 With this guide, we will be showing you how to fix Google Pixel 3 XL black screen problem. This issue can arise as a result of software or hardware problem.

Today. “Black Screens” are one of the most common problems on smartphones. Unlike computer screens, phone displays perform more tasks than showing images or pictures-rather they act as a monitor and a channel to the operating system interface. Thus, once the smartphone’s screen has problems you cannot use your device.

Although it’s a single problem, Black Screens have different causes. Here are some the various reasons for this issue.

This is one of the most common reasons for a black screen across various platforms. In this scenario, the screen becomes black because the smartphone is dead or does power up. If you have a black screen with this issue, then it should show the following signs:

Overall, if your Google Pixel 3 XL has a black screen while it’s dead, it is regarded as a No Power issue. So, the screen stops functioning and remains blank. In such cases, the cause could be damaged hardware so repair may be the ideal solution.

This is another major cause of Black Screens on smartphones. This happens after dropping the device on hard surfaces or exposure to water. In this case, the phone is not dead as it might come on, have a functioning LED light, vibrate when restarting or rings when a phone call comes through.

If your device has such issues, it’s advisable you take to your local phone dealership for repairs or replacement

In other cases, a bug might make your devices not respond when you use them. This happens when the operating system attempts to fix itself when it meets an error. If the attempt is unsuccessful, this could lead to the system crashing or failing. When a system crashes, the phone freezes and might display a black screen. This can be solved with a quick reboot of the system.

Most times the cause of freezing on Android smartphone is unknown. However, you can follow a series of steps to point out apparent causes. So, if you are not sure of the cause of the reason for your Black screen on your Google Pixel 3 XL, you can use the following steps to find out the cause.

If your Pixel was not exposed to any liquid or dropped on a hard surface and was operating normally before the screen became blank- then a minor OS bug should be the culprit. You can solve this issue by rebooting your smartphone.

On your phone, press and hold the Power button for about 10 seconds. Then wait for your phone to complete the booting process and see what happens next.

Dead batteries are another cause of many Black Screen cases. Ensure you charge the device for a minimum of 30 minutes before you hit the Power button. This gives the battery enough time to have the energy needed to power its operating system.

Get a New Pair of Charging Accessories

Sometimes, a bad charging cable or adapter might be the cause of this problem. If this is the case, replace the current set with an official Google adapter and cable. You can get one from a Google Store or major phone retailer in your area.

If your phone charges or shows signs of life while the screen remains blank, then the display has been damaged. At this point, you will need to repair or replace it. You can also contact Google for more advise.

In some cases, an app might not be compatible with Android or other apps. This can crash the operating system. To check if you have an issue with an installed app on the phone, you have to restart the Pixel 3 XL in safe mode with the following steps.

We want to add that booting to safe mode won’t show you the app that crashes your system. So, to find the troublesome app, you need to boot the phone in safe mode and follow these steps:

If all suggestions fail above, then you should consider sending your smartphone for repairs. You should also consider repairs if your phone has no power, does not charge with any accessories, dropped accidentally or exposed to any liquid. This is because such problems are due to faulty hardware and software-based solutions will not help in any way.

We hope you find our guide useful. Please feel free to make your comments in the box below. We would like to hear from you.