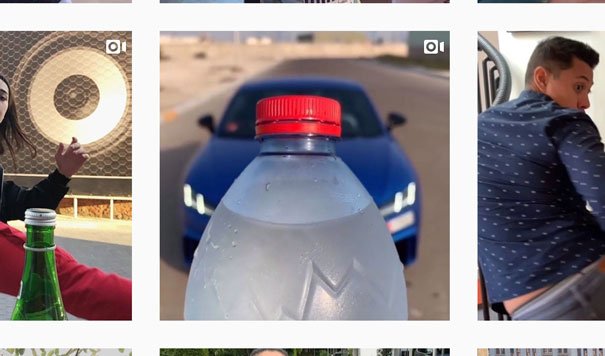 The internet is a beautiful place, though it has its good and bad, we’ve learnt a lot and still learning from it. From time to time, there is always one thing happening on the internet which is widely embraced by everyone. One time, the craze was the ALS #icebucketchallenge which was for a charity purpose, a lot of people participated including celebrities and even presidents that a huge sum of money was raised for the cause. The current global trend is the Bottle Cap Challenge, hashtag #bottlecapchallenge.

Like all viral challenges, it could be hard to trace where it began, thankfully we made some findings and found out who made the first Bottle Cap challenge. On June 25th, Taekwondo fighter and Instructor, Farabi Davletchin posted the first challenge on his page nominating action man Jason Statham, Conor McGregor, Van Damme and the legendary Jackie Chan.

What happened next? Jason Statham accepted the challenge, posted his own video on Instagram and the virality started spreading like wildfire, faster than the one used by the Mad King and Cersei on Game of Thrones.

As you can see from the videos, the #bottlecapchallenge involves tilting the body to a 360 Taekwondo kick with one of the legs taking out the lead at the top of a stationary bottle. Sounds easy? No, it’s a huge task.

The challenge became a proper challenge, like who was going to make the most badass kick! Check some out below.

One thing about viral challenges is the fun it brings. Checkout a few of the #bottlecapchallenge cheekiest and hilarious posts.

Borussia Dortmund’s playmaker and winger, Marco Reus used a baby’s feeding bottle for the challenge, only man to do so…. So far.

There you go! Some recent challenges that went viral are the #10years challenge, #mannequinchallenge, #fallingstars and many more.