Skip to content
You are at:Home»News»Twitter Begins Testing Fleets, Its Own Version of Stories 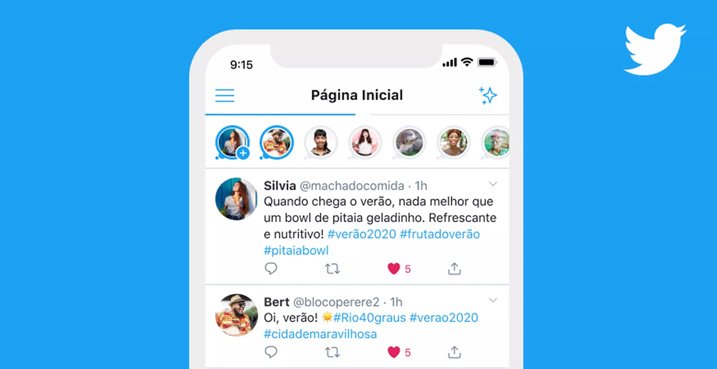 Twitter today announced in a blog post it will begin testing Fleets, which is popularly known as Stories on platforms like Instagram, Facebook and WhatsApp. The feature will only be available to users in Brazil for now and will disappear after 24hrs of which it has been posted.

“Fleets are for you to share your ideas and momentary opinions. These posts disappear after 24 hours and have no Retweets, likes or public comments. In an initial survey, people told us that, once the Fleets are gone, they are more comfortable sharing everyday and everyday thoughts. We hope that those people who are not usually comfortable with Tweeting use Fleets to talk about the reflections that come to their head”, says Twitter.

Over the years, public figures have come under fire for making a controversial tweet which moves around quickly when people retweet them. With Fleets, users have more flexibility and will be able to make causal posts which will disappear after 24 hours without feeling any pressure. Fleets can be viewed by tapping on people’s profile picture but it cannot be liked or retweeted. People can react with emojis and respond to it via DM with a text.

Back in 2013, Snapchat was the first social media platform to start Stories which allows its users to share videos and photos that disappear after 24hrs. Since then, Facebook and its other owned platforms, such as Instagram, Messenger and WhatsApp have adopted it.

Just like on WhatsApp and Instagram, users can post multiple Fleets. Twitter’s Product Lead, Kayvon Beykpour, however, pointed out there are a few intention differences from the regular stories we all know.

To view multiple Fleets from a user, you have to swipe down unlike on other platforms where you simply tap on your screen to see what’s next. To see Fleets from the next user on your timeline, you simply swipe to the left. Twitter says all these could change based on feedback it gets from testing the new feature.